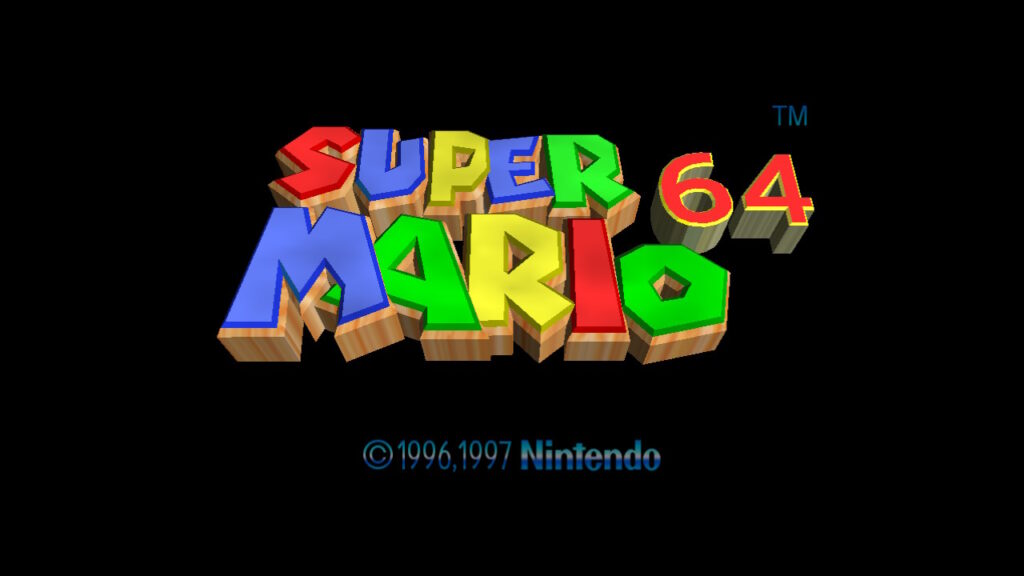 Released in 1996, Super Mario 64 was a launch title for the Nintendo 64. As a launch title, Mario 64 showed off what the N64 could do. When the player turns on the game, a 3D Mario head greets them. This left an impression with player that 3D is fun to explorer and that carries into the actual game. As Super Mario 3D All-Stars released recently, this review will be looking into that version of the game. 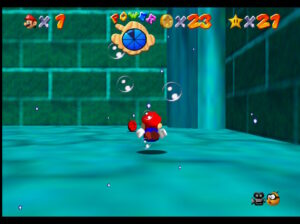 Being one of the first big 3D games, Mario 64 is one of the most visually impressive games of its time. Visually, Mario 64 holds up well in today’s standard. True while many of the elements are different in comparison to future games, it has a nice charm to it. Many of the environments blend in 2D elements to save space while making all the 3D elements pop. Many of the environments are often large and expansive with many nooks and crannies to explorer. Nintendo did a great job creating many different vibrant worlds with such vast environments with fun mechanics in each world. 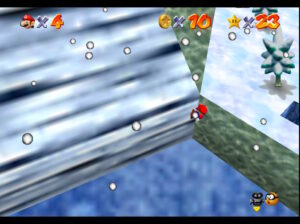 Low Polygon Mario occurs when at a distance from the camera

Many corners were cut due to the limits of the N64. On a CRT TV, most of these issues are unnoticeable. However, on upscaled releases of the game, many of these corners can be quickly noticed. There are many instances where items will just pop into existence taking some of the immersion out of the game. These problems with the draw distance also carry over to low-polygon Mario. In order to save space with a large number or objects in view, Mario swapped to a low-polygon version. Another measure Nintendo took to help save on memory. 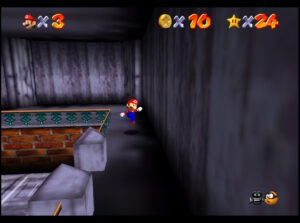 Aside from running and jumping, Mario has new abilities to aid in 3D. Mario is now able to do triple jumps, long jumps, dives, wall jumps, and backflips. Mario is also capable of punching, kicks, and ground pounds to aid in combat. While the game starts off with easy levels, later levels in the game present situations that require many different techniques. Combining these techniques with the games somewhat broken physics engine can also lead to many situations; often leading to stars much earlier than intended.

While the game plays very nicely, there are a few problems that were fixed in later games. Wall jumps require more precise timing. Rather than sliding down the wall, Mario will just bump into it and fall. Also, while not a problem with the original game, later releases of Mario 64 fixed the backwards long jump glitch. Backwards long jumps took advantage of an oversight on the developer’s end. To summarize, the developers forgot to put a limit on negative speed. Without this glitch, the Shindou release of this game is not really viable for speed runs.

Super Mario 64 gave many Nintendo fans the perfect introduction to 3D gameplay. With game’s use of large open environments and fluid gameplay. Many fans who grew up with game remember it fondly. Due to how well it holds up, many players still look back on this game. With the release of Super Mario 3D All-Stars many Nintendo fans can look back with nostalgia. This will allow many new gamers to experience a game that holds a special place in gamers nostalgia.