Lena Chappelle is a composer, game designer and an author, best known for her work on Guild Wars 2. We had the opportunity to interview her, asking questions about her career, gaming and her experiences coming out as transgender. 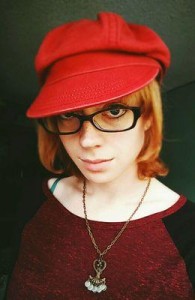 How old were you when you first started gaming, and what was the first game you played?

Games came pretty early in my life (though, I’ll admit, not as early as kids growing up now.) For my sixth birthday, my parents bought me the Nintendo Entertainment System that came bundled with Super Mario Bros., Duck Hunt and a Zapper. I also had one of those Tiger handheld things, a Batman one. That Batman game stuck around for a long time. Because a lot of times it was me and two friends over playing co-op, and obviously there were only two controller ports on the NES, the odd friend out usually went straight for the Batman handheld. They were like the first mobile games. Not all that fun, but great for wasting time.