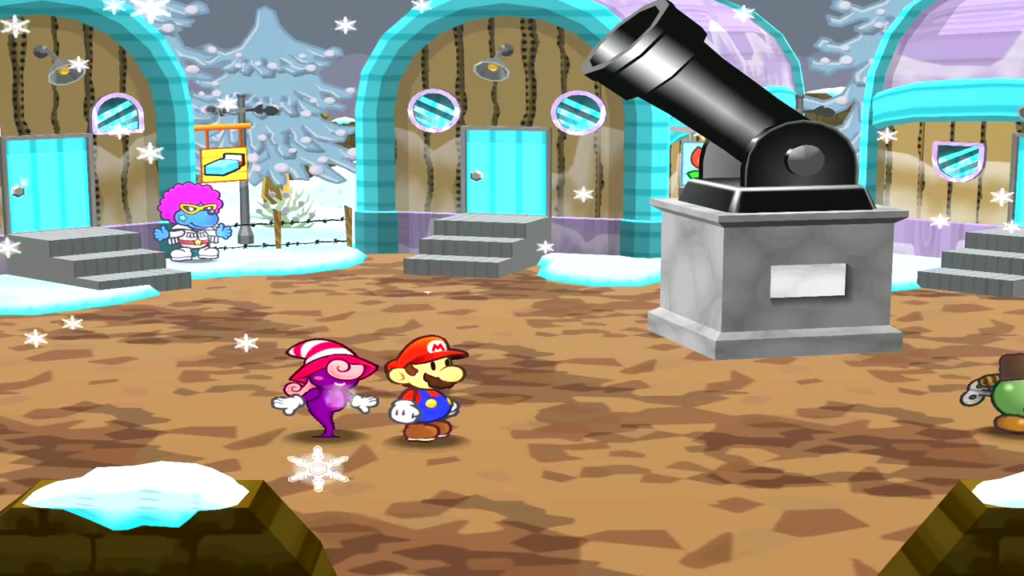 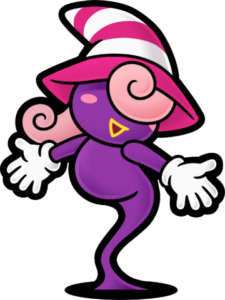 Vivian first starts off as an enemy to Mario and part of the Shadow Sirens. However, due to a falling out with her sisters, she ends up joining Mario on his journey. While this is a standard villain turned hero story, circumstances change depending on which version is played. Japanese releases portrayed Vivian as a transgender woman. Many characters often misgender her and ridicule her of this. As most of these insults come from her sisters, this leads her to joining Mario as he is the only one who treats her nicely. This is a story many transgender individuals can relate to. Having family members be unsupportive while friends will be the people there for them. It was nice to see Nintendo make this story. However, English localizations removed all references to Vivian’s transgender story line. 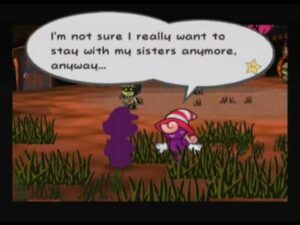 Vivian as she joins Mario on his journey

During the 1990s and 2000s, Nintendo has always been the family friendly gaming company to many gamers. While there are many reasons for Vivian’s censorship, this is likely the number one reason. Today, while Nintendo of America relaxed their stance on violence and sexuality in their games, 2004 is a different story. Many people during that time were not open to the idea of any type of LGBT representation. And since Vivian was classified under that category, her story was censored for the English releases. Rather than her sisters mocking her gender, they instead target the inferiority complex she has. While still an interesting story, it was not as compelling as finding out about her gender.

Despite English translations of The Thousand-Year Door removing references to her being trans. Many other localizations kept those references in game. The menu in the French translation for example states “il se fair passer pour une fille mais en fait, c’est un garçon”. This translates to “he pretends to be a girl but is actually a boy”. Despite many of these menus keeping reference to her being trans, many of them misgender her. The Italian translation though has a few interesting lines. Mainly with how she is proud of her own transition. Honestly, the many different translations of The Thousand-Year Door have led to many different interpretations of the game. As well as many problems with consistency between the different translations.

Vivian is not the first transgender character in Mario franchise. That title belongs to Birdo in Super Mario Bros 2. While Vivian has not made many appearances outside of her debut game, she still become one a fan favorite. With her interesting story and the history behind her censorship in the English translations. Nintendo created a character that is able to relate to some transgender individuals.