Gamers question whether it’s better to own a game physically on a disc or to own it digitally downloaded onto their console. This is because of COVID-19 and the pandemic. 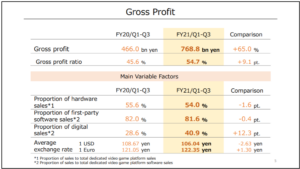 Digital video game sales increased in 2020. Nintendo reported a 12.3% increase in digital game sales over 2019 in their nine-month financial results briefing. One reason for this increase is the stay-at-home orders that went into effect with the COVID-19.

As more people were staying indoors to slow the spread of COVID, digital gaming became a convenient way to keep up with new game releases and stay entertained during quarantine. Combined with stores being forced to shut down, for many people digital distributions were the only way to obtain these games for that period.

Video game stores during phase one of the pandemic were considered non-essential and were required to close until phase two. During this time, GameStop offered curbside pick-up but ultimately shut down once that proved to be inconvenient for both themselves and the consumer. Smaller stores such as Pink Gorilla Games in Seattle didn’t have to lay anyone off but they had to get creative to make money and survive. Rather than offering curbside pickup or deliveries one of the owners, Cody Spencer, sold video games through Twitch, live-streaming a parody of sorts of a home shopping channel.

“Animal Crossing New Horizons and Doom Eternal released during the shutdown,” said Paul Glasgow, a former GameStop assistant manager. “Because our stores were closed during those months, many of our regulars picked up these games digitally.”

Digital If They Could

As digital games are sold and downloaded directly to the consumer’s console, game developers would make more money overall.

“If companies could bypass the need for retailers and manufacturing games and discs, they would take it,” said Adam Scholtz, manager of Cosmic Games in Bellingham Washington. 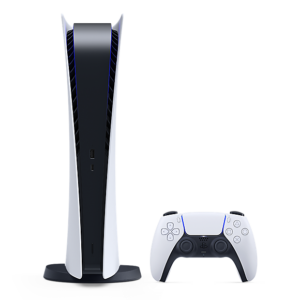 Because of the wider profit margins on digital video games, companies such as Microsoft and Sony have already begun testing the waters with digital-only consoles. Microsoft released the Xbox One S all-digital edition in May 2019 and Xbox Series S in November 2020, while Sony released an all-digital version of the PlayStation 5 in November 2020. This led to gamers speculating that game consoles in the future will become all digital with some gamers already switching to all digital as well.

“I decided to rip the Band-Aid and get ahead of the game,” Glasgow said.

While digital games are convenient to both the consumer and the developers, they are not without their problems. At any point, games can be pulled from digital stores and servers can be taken offline. This would prevent people from purchasing games or even redownloading games should the server go fully offline. This happened when the original Xbox Live store closed in 2010. Gamers who purchased games through that service were no longer able to access them after that date.

The Future of Physical and Digital

The PlayStation 3, PlayStation Vita and PlayStation Portable digital stores were planned to close starting in July 2021. While Sony reversed that decision for the PS3 and Vita stores, this still shook many gamers. Not only did gamers panic-buy many titles on those platforms, but it also had a huge effect on the physical game market.

With companies able to shut down online stores whenever they want, many games may become unavailable on any other platform. This would lead developers to either shift the game to another platform later, or just leave the game to be forever lost.

“Unfortunate, but isn’t this what physical collectors have tried to prepare for?” Joshua M French, project leader at EastAsia Soft, said on the company’s Discord server.

With an all-digital future in gaming, many gamers fear that their consoles will become paperweights in the future. This has already been highlighted with PS3, PS4, and PS5’s internal CMOS battery. This battery is meant to keep the system’s internal time in check. However, should this battery die and the console is unable to connect with a server, not only will gamers be unable to play their digital games, for the PS4 and PS5, they will also be unable to play physical games as well. Many PlayStation owners have expressed frustration with this.

“That’s criminal,” Spencer said. “Oh, you bought this game? Sorry it doesn’t work because we don’t want it to.”

One Reply to “Physical VS. Digital During Lockdown”