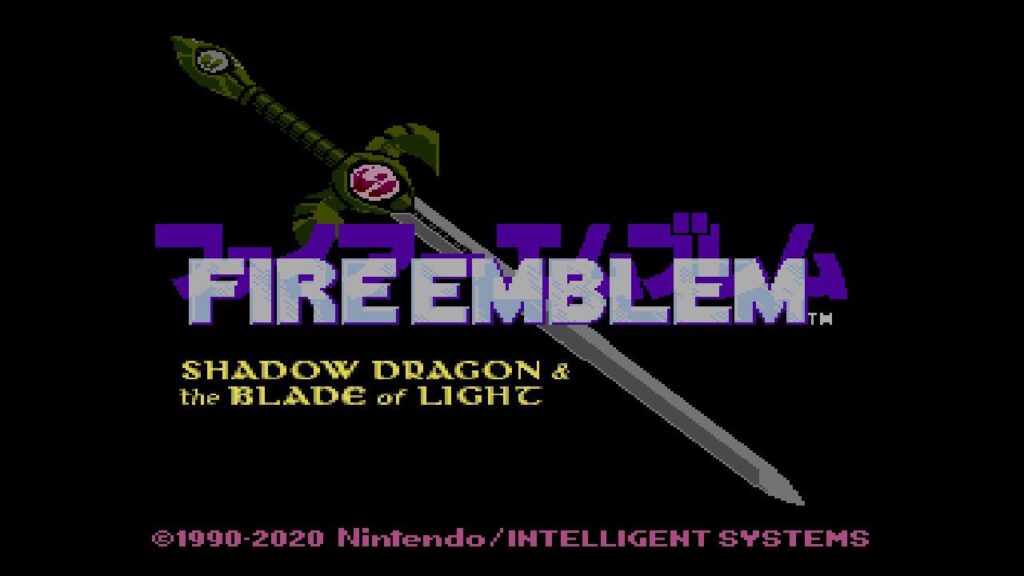 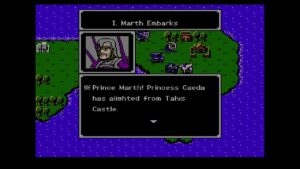 The story for this game begins with Marth’s quest to liberate his home kingdom Altea. Each chapter, Marth has the option of recruiting certain enemies into his army or receiving help from territories he rescued. Most of the story is contained at the start and the end of each chapter. As this released on the Famicom, there are no areas in the middle of the chapter where story is given. For a game released in 1990, Intelligent systems created a compelling yet simple story that fans looked at with mystery. 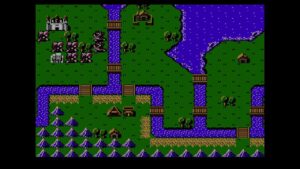 The Convoy and Shop are located in a random location on each map.

Many fans of modern titles will see that the game plays similarly to later titles. The player has control over their units with the goal of capturing an objective and defeating enemies along the way. There are many features that are missing that later titles have implemented. Many of the changes implemented in later titles helped increase the pace and quality of life in game. For example: players are unable to fast forward, only Marth and Caeda can recruit enemies, and the convoy is on the map. All these factors slow down the pace of the game as players go out of the way to access everything. Along with game’s clunky and stiff controls, maps can sometimes take a long time. 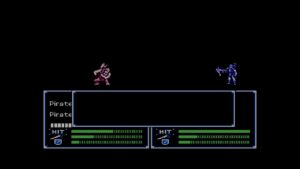 As this game released on the Famicom, many parts of it seem empty. While the 8-bit graphics and music have a nice charm, many areas have basic backgrounds to them. While the Famicom had many limitations, battles in this game take place in a black void. This makes the game seem really empty in comparison other Famicom games. Along with the stiff movements of character really makes the game seem very dated and hard to look at sometimes. While difficult to get into, an appreciation can be formed for this game’s look. 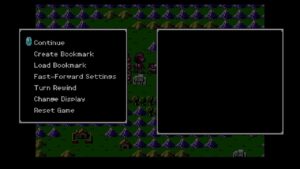 In 2020, Nintendo ported Shadow Dragon and the Blade of Light to the Nintendo Switch. This version of the game features many quality-of-life improvements over the original version. The player can speed up gameplay to double speed. While this does make things faster, it also speeds up the music to the game making it sound strange. The rewind function from more recent titles also makes an appearance here. Though, rather than allowing the player to rewind specific actions, the player may only rewind to the start of turns. These new features help make this game a bit easier to play and a less time consuming.

As more games release into the Fire Emblem franchise; seeing where the series began is an interesting adventure. As 2020 marks the release of this game to Western territories, many fans are experiencing it for the first time. Though dated, Shadow Dragon and the Blade of Light shows how far the series has come. Due bear in mind, Fire Emblem: Shadow Dragon and the Blade of Light will be removed from Eshop on March 31, 2021