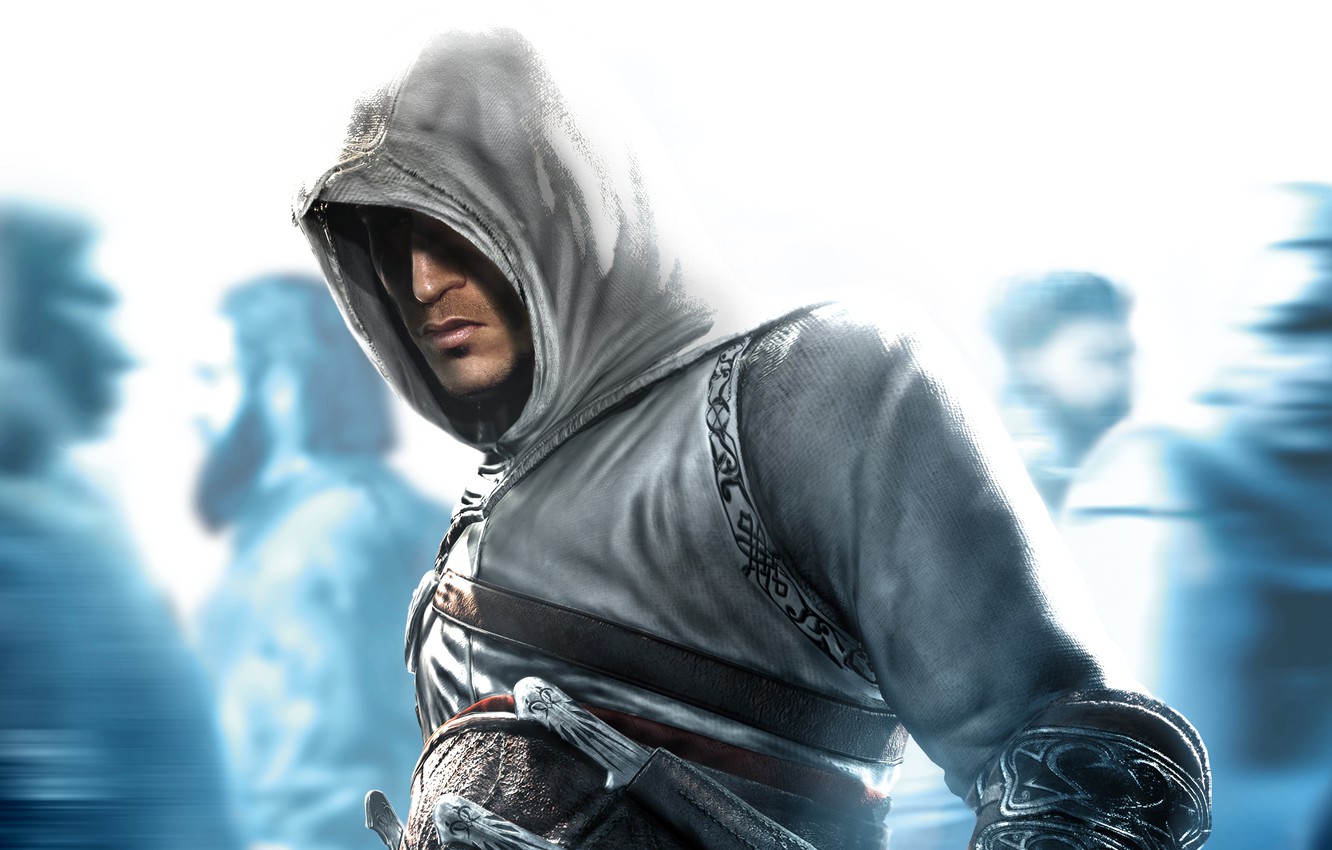 Released in 2007, this game revolutionised the sandbox free roam genre and was the start of an epic series of games. I played this originally on Xbox however it is available on most platforms.

With everything, there are many factors to consider why this game was great but also had some bad press too.

Many will be familiar with the franchise’s Creed vs Templars rivalry that spans across the ages throughout the series, but this game was its foundation and where the tale of Desmond Miles in the modern day setting was revealing his mysterious past whilst learning of his ancestor’s story as well – Altair.

The “past” setting was during the Third Crusade, and you venture around historical versions of Masyaf, Acre, Damascus and Jerusalem trying to destabilize Templar controlled land and take down its tyrannical leaders.

The key aspect of this fight comes from competing over ancient relics from a fictional previous civilisation who had creator-like powers. The artifacts, often referred to as pieces of Eden, are what both sides hope to collect. The Creed often hope to preserve and keep them out of harms way, whilst the Templars want to use them to control the world and create their version of a peaceful society.

For a decent understanding of the plot line, I do recommend starting with this first title and going through them in order. It really helps immerse yourself in the fiction of the world.

The first game in this title was a new experience to players, who have only had the likes of a few games that had similar free roam experiences. For its time, everything was smooth running and straight forward. It was one of the first games to be able to explore

One common complaint was the combat system. The enemies took turns in attacking you. Reducing the feeling of a threat when against vast numbers of enemies. They did address in later titles, re-designing the fighting mechanics and the combat system evolves slightly in almost each game. Another strongly felt opinion was the rinse and repeat feeling of going to a location and killing 1 target and progressing on to the next mark. I personally have never felt this way as I have been invested in the story enough to not feel this repetition that others have.

Prince of Persia was used by Ubisoft as a prototype and founding principles of the Assassins Creed series. It was highly successful in its own right, and had similar levels of vertical exploration and adventure.

Whilst the combat was quite stagnant in this first title, the attention to detail within the game itself, using many real world references in our history and the careful way in which the over-arching story intertwined this past world with present day was seamless and quickly built a vast fan base of the franchise that is what makes Assassins Creed an iconic series to this day.

I think this game is extremely easy to pick up and engross yourself into. The story is about the most complex feature and it told perfectly… which is why:

This game hooked me into the series. I loved the era, the story of the Templars vs the Assassins, and everything in between. The voice acting is done very well by the likes of Nolan North who played Desmond Miles, the present day player character, and Phil Proctor who plays Warren Vidic, a Templar scientist trying to uncover artifacts hidden by the Assassins.

Gameplay is very fun. Exploration and mechanics all make sense and are quite easy to pick up. The somewhat low rating comes from a bit of a primitive combat system which I’m rating in hindsight as it is poor. Though but at the time was new. The improvements made to the combat system improve title by title which I will cover in the future.

This is a purely single player experience. Not necessarily a bad thing, but they’ve never quite got the multiplayer down perfectly in the Assassins Creed Franchise. Unity was my favourite with the ability to work cooperatively with 3 other players. I’m not counting no online as part of the overall rating. This is because online doesn’t necessarily always mean its a good game.

A great story, unique mechanics and a time period that is recreated with a high attention to detail. This is what makes this game an awesome experience, and well worth the effort to play through to fully understand the following titles. I cannot recommend enough, though the game play is pretty simplistic, the story is what drives this game.