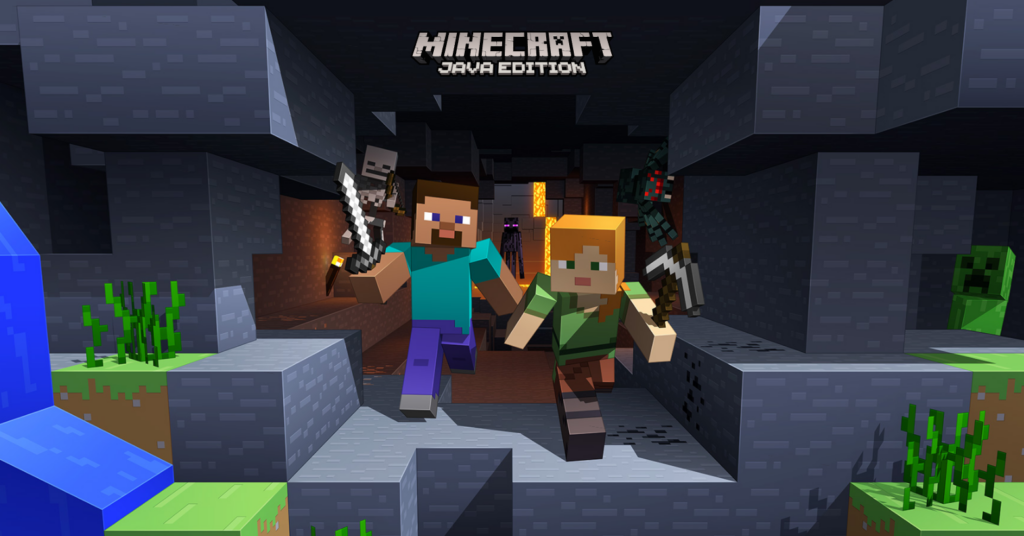 Ok, so you might say this one is low hanging fruit, but not everyone has played it, and the main issue with people not playing it is based on stigmatisisms I consider somewhat unfounded. So I wanted to give this a review so those who might be missing out on one of the best games of all time realise that this might be the game for them more so than they ever knew.

We’ve all heard of Minecraft, we all know about its blocky nature, and for most that’s about it. This game is on literally every platform imaginable including VR, but for our purposes it started on PC.

Typically I’d say “Story” here, but its very intentionally not got one. Minecraft is a survival based game, the beauty of it comes with the fact you have the freedom to build literally anything you can imagine. Sure, starting out things are very ‘manual’ but there is an almost hidden layer of complexity most people don’t even venture into.

Redstone is the game’s version of electricity. You can wire up various contraptions to perform automated machines. Use it to create hidden passages or set it up so it farms your crops for you. If you’re skilled enough with TNT you can craft a machine to throw a TNT block as a projectile and you then have cannons. The automation of machinery of this game presents a level of skill within the Minecraft world that very few would even think to explore.

As far as building goes, sure, we can all build a dirt hut and call it home, but have you tried to make something realistic? With the freedom to build however much you like on a scale with no limits, in a world that is almost unlimited in scale, presents an insane amount of freedom as a creator. I for one am very used to building cities within Minecraft. I use Minecraft to play Dungeons and Dragons. Its not very common for that purpose but it is the perfect virtual table top, where the players literally walk through the cities and towns they’d otherwise have to imagine.

Games which introduce creativity as the main talking point I find most attractive to myself as a player. Freedom to go at whatever pace you wish, and do whatever you want to do is the perfect ideal. 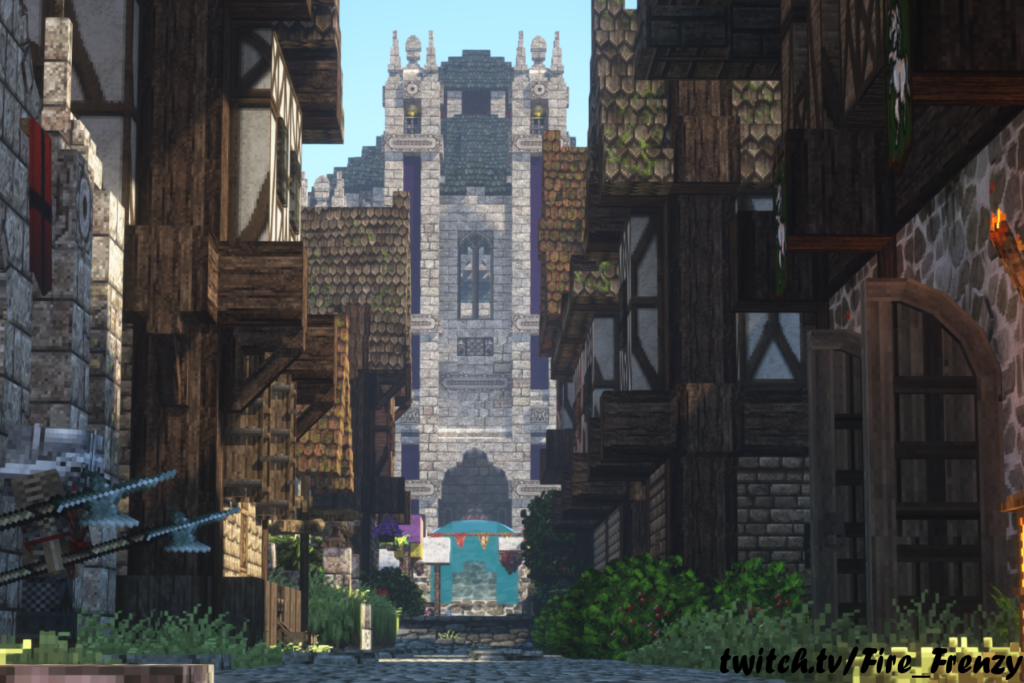 You start out with a “steve” or “alex” skin, typically randomly generated. That said there are a vast number of skins out there. Also, with the recent addition to import a skin that has been made, it is now an infinite number of skins that can be applied. There isn’t really any gender assigned skin beyond the point of leaving the default skins. I’m currently in a game whilst writing this, with someone using a dog skin and another using a giraffe skin – so the options are quite varied!

For me, I enjoy alternate looks from the vanilla style of Minecraft. It is a shame that only now are we anticipating an update to include a powerful shader, and that this was not something happening years ago. I think there has been a reliance on shader mods being created by the community and this really does impact the players on the Java version, who have to constantly be wary when an update comes in case their latest mods fall out of date.

The gameplay mechanics are good, but do vary between the versions a little which is an odd feature to vary like this.

So, the first and most common argument (and one I used to use many years ago) would be “it’s a kids game”. At a fundamental basic level of understanding you can see why they might think this. A special education themed version of Minecraft even exists to support school learning and is used in class.

When you start looking at the complexities of the game, to build in a highly detailed manner, or to use redstone machinery in a highly complex manner, you are no longer looking at a children’s game. In fact I would go as far to say there are likely more adults playing Minecraft than there are kids.

Also there is the common theme of “its too blocky”. A fair point if just the general art style isn’t your thing. I’d still suggest giving it a go. I think the variety this game is able to provide really shows that nothing ‘has’ to be blocky. There are some advanced mod packs out there too like Conquest Reforged which go above and beyond the means to provide ways to build without sticking to the contemporary ‘blocky’ nature of the game.

There is, debatably no story within Minecraft. For good reason, the game randomly generates, and so simply cannot provide a generic or linear path in any way to follow. I would say they do some key things to create elements of exploration and discovery, from hidden treasure maps found in ruins, to portals to other dimensions, a boss fight against a dragon. These things drive YOUR story, but there is no storyline or quest to be followed.

The only limit ultimately comes down to your own creation and aspiration to build bigger and better. 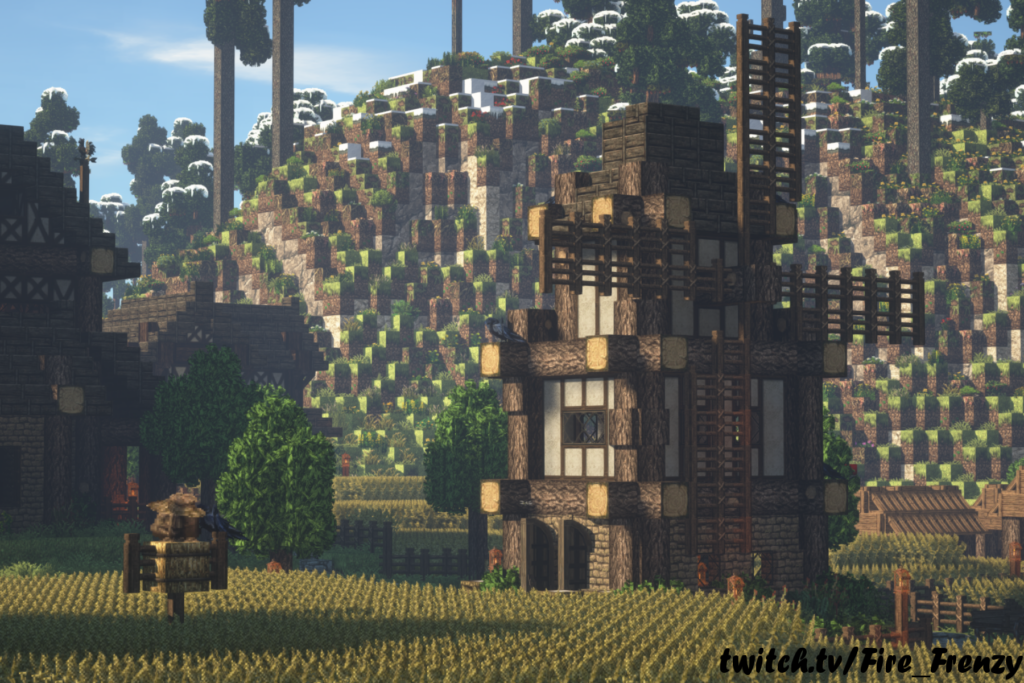 At a basic level would otherwise say 2/10. The game has a simple nature to is most basic survival aspects. There are however, hidden mechanics and lots of learning involved to make the most out of redstone. Some of which even I’ve not grasped yet out of many years of playing it.

I down rate slightly because they could potentially do lots with lord and worldbuilding. This does not mean there needs to be a storyline to follow. Simply that there are aspects that adding lore around would make more enjoyable. We don’t know why we are a lone survivor in the middle of no where, we don’t know why the villagers know how to build their own golems. All this could be answered with some lore and worldbuilding by the devs.

This is the game I have played the most by far compared to the vast numbers of games I’ve played. Addictive, infinite in possibilities and fun to explore and share, solo or multiplayer. The near infinite possibilities really help put this game on its own category entirely.

I would give full marks, but I feel there is room for improving the Java version. The multiplayer aspects need some improvement to make it simpler to access. The Bedrock version could also improve by allowing more players into a server. The current max number of players on bedrock is 10. In contrast to Java which has various options, sometimes into the hundreds.

This game is a best seller for obvious reasons. Infinite possibilities, the freedom to do what you want when you want, no pressure, no rushing. An ideal stress reliever, with the hints of danger in survival like the nether or the end realms. Some viewers who come by my stream haven’t played Minecraft which always surprises me. I truly feel this game is really an inclusive and fun game, no matter your age or background.