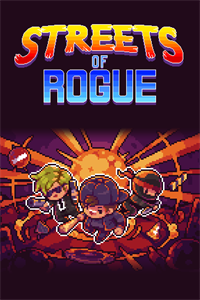 Today let’s talk about roguelikes. Two that I’ve recently enjoyed are Streets of Rogue and MidBoss. The former is actually a Rogue-Lite, while the latter is more akin to a “pure” Roguelike. So what is a Roguelike, actually? According to RogueBasin, a wiki centered around developing Roguelike games, a Roguelike is defined as:

A Roguelike is usually described as a free turn-based computer game with a strong focus on intricate gameplay and replayability, and an abstract world representation using ASCII-based display, as opposed to 3D graphics. Of course, as with any genre, there are deviations from the norm.

Roguelikes allow the player an indefinite amount of time in which to make a move, making gameplay comparable more to chess than to reflex-based games like first-person shooters. Since graphics are limited (if not completely shunned), the player’s imagination must come into play – gameplay is more like reading a book than watching a movie.

To get more into a hard list of details and “high-value factors” that a game “requires” to be considered a Roguelike as opposed to a Rogue-Lite, we can see this list, which is referred to as the “Berlin Interpretation”. This comes from the International Roguelike Development Conference 2008 that was held in Berlin, and the developers agreed that the definition found at RogueTemple needed updating. The high-value factors include:

So then what is a Rogue-Lite, in reference to this? While we’re at it, why are they called Roguelikes and Rogue-Lites in the first place?

Like Roguelikes, there is no real 100% definition that everyone who makes those games will agree on for Rogue-Lites. Instead, it’s basically just something that is close to a Roguelike but doesn’t exactly follow the formula, while being reminiscent and familiar to the feel. Other terms that describe things under this umbrella can be Roguelike-Likes and even Procedural Death Labyrinths.

The purpose of the definition is for the roguelike community to better understand what the community is studying. It is not to place constraints on developers or games.

So why call that style of game a Roguelike? It all started back in 1993 on USENET, you see. That was where people in newsgroups would discuss games at the time, and that style of dungeon crawler became quite popular. Reminiscent of Dungeons & Dragons, these games are old-school RPGs. The game that was the oldest and considered the best choice to describe the genre in a simple term was Rogue.

Since those early years, obviously things have changed. Where games used to require significant investment to create, the availability of more powerful home computers over the decades has allowed even one person to create games with open-source engines. Roguelikes and associated genres, thanks to their alleged simplicity, are widely considered as a good beginning point for budding developers to learn the basics of game development and get their first hurdle of making their first game out of the way. 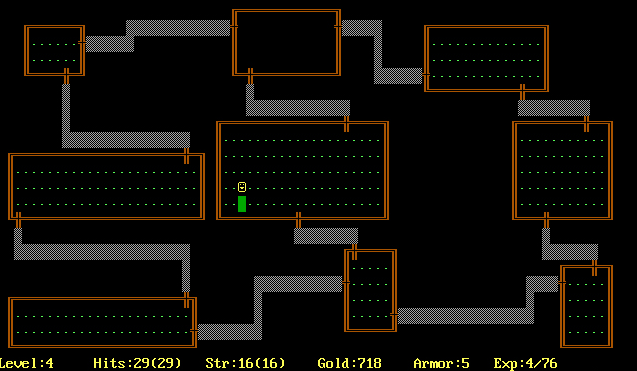 Rogue, in all its glory

The best thing about Roguelikes is that due to their popularity, many of them are free! A short list of the major Roguelikes includes:

with some more classic ones being:

Some of my personal favorites that fall under the umbrella include:

Some other very popular games that may not be pure Roguelikes, but fall under the umbrella that you’ve likely heard about:

Several of these are free and can help you get a feel for the genre if you think they are something you want to try or might be interested in. Hell, if you open up Google and just input Roguelike games, you can get lost in the plethora of available games, and you’ll be surprised how many of them are (surprisingly) free.

So Why Play Roguelikes?

Personally, I recommend this genre overall if you enjoy replaying games with an iterative play style. That is, perhaps if you start over games quite often rather than finishing them entirely, finding yourself doing better each time but still ending up unhappy or getting stuck – Roguelikes solve this for me by being interesting, infinitely replayable, challenging, and complex without being time-intensive. One of the better perks for people who might not be able to play all the bigger games due to lack of access to a gaming computer or have a crappy computer than can barely run Minecraft is that almost all of these games are as easy to run as they are to obtain.

For instance, if you wanted to try Crawl, you can play it in your browser for free or even download it on your phone! Getting started and learning how to play can be done through a guide, a video, or trial and error. You just hop in, make your character by making choices while knowing that you will probably die within minutes and you can try a different race or class if you’re curious, fight monsters, explore, collect loot, pick up pieces of lore and get lost in the fight for survival in an unfamiliar world that doesn’t give you all the answers upfront.

Like why are you in this dungeon on this quest to find this Orb? Why do all these monsters want to kill you if your race is also a monster (humans are also monsters, don’t get it twisted)? Where are you from? Is your character cis or trans? What is the world outside of this dungeon like?

All of that is ultimately up to you to answer or not answer, and that leaves you to just enjoy the mechanics your way. You are not railroaded into any decisions or pushed into a certain style of play. It is up to you to figure out the meta or create your own idea of a meta and run with it. 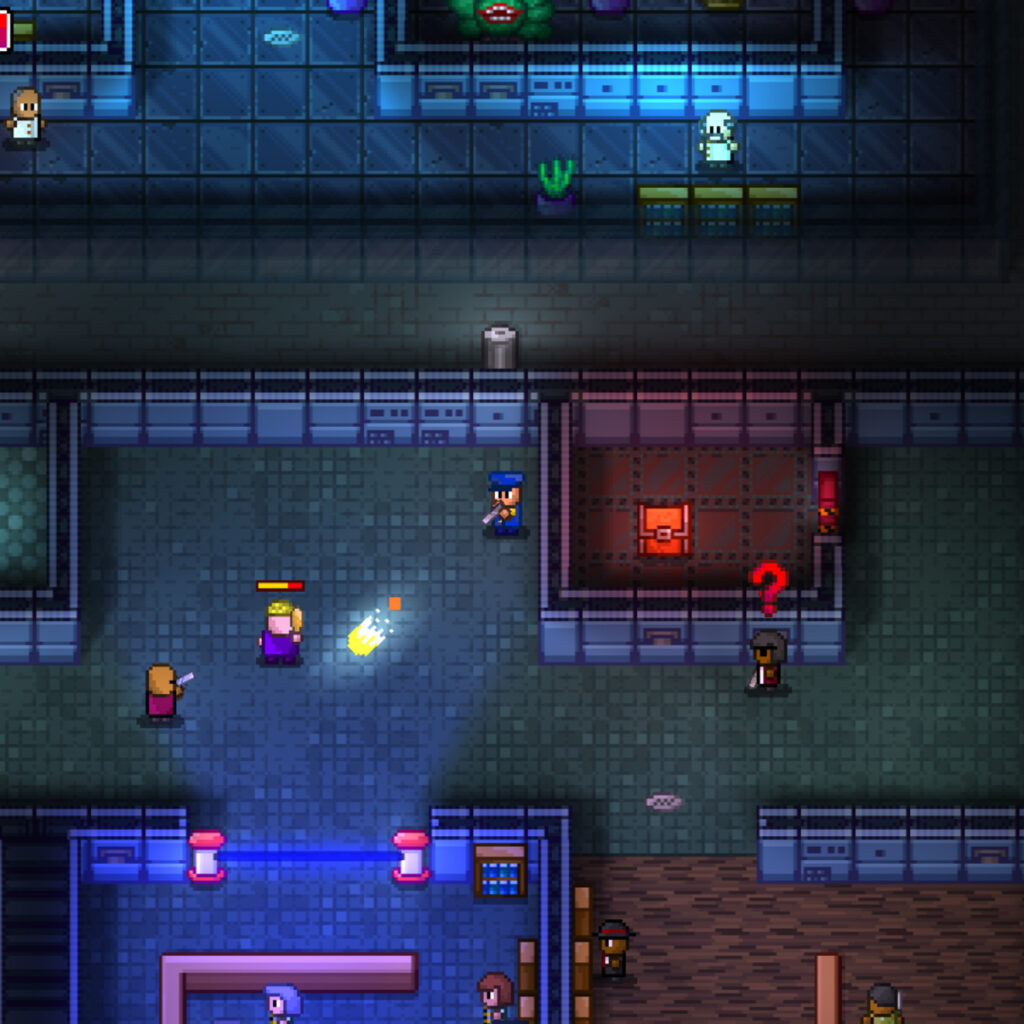 Streets of Rogue, very fun experience I’ll be reviewing soon thanks to a recent update

It might sound like I’m romanticizing this genre a little bit, but this is all based on my personal experiences with it. From hours and hours spent being amazed at how fun Crawl is to days of frustration with the difficult learning curve found in Dwarf Fortress, these types of games just speak to me in a way that makes me feel nostalgic, I suppose. I remember playing similar games that were modeled after Dungeons & Dragons in their own unique ways.

Hell, one of the hardest games I ever played on the Sega Genesis was a D&D game that was titled Dungeons & Dragons: Warriors of the Eternal Sun and while it doesn’t quite fit in the genre defined by the list above, it certainly has some of the same flavors that I enjoy, including that steep challenge of figuring things out as you go without much help. A similar game that was experienced entirely in first-person on the same console was the Might and Magic game I struggled deeply with. Funnily enough, I wasn’t the one that wanted that game and I only had it available because my grandma bought it and enjoyed it so much that she kept a notebook with notes about her playthroughs. She even went so far as to write the developers and ask for them to send her maps of the game world printed out.

Memories like these make me cherish the gaming experience in a way I don’t think many younger folks relate to. Maybe I’m wrong, and I know I am by some measure because many gamers that grew up like me are being good parents and introducing their kids to those old games as a way of bonding with them.

The idea that this genre is even named after a game that literally defined it for generations of gamers to come is proof that games, like any art form or medium, are just another way to bond with others across generations. Sharing experiences in playing games with your older and younger family members and friends or dedicating time and effort to making a game based on a game that inspired you, it really is something worth being passionate about.

It always makes me laugh thinking back on how my mother always told me that she beat the original Legend of Zelda game while she was in the hospital pregnant with me. Similarly, it makes me smile and look back fondly on time spent in simpler times playing my father’s SNES and getting to use his Super Scope light gun to beat Battle Clash in an afternoon, or spending a weekend beating Dig Dug and Dig Dug II. Even my stepfather and I spent many days frustrated trying to beat classics like Ghouls n’ Ghosts and Lion King on Genesis.

Thanks to an article at Checkpoint Gaming, I stumbled upon a trans developer working on a Rogue-Lite game called Heroes of Hammerwatch over at Crackshell. Her name is Melissa Geels, and this is what she said about herself there:

“I’m Melissa Geels, a trans girl programmer from the Netherlands, 24yo. I started programming when I was about 10 years old when my dad gave me a computer, a keyboard, and a bunch of code to modify.

“Ever since, I’ve always loved seeing how games work, and the impact they can have on people, including myself. To entertain in rough times, to make me feel things in touching stories, or to just spend time with my friends.

I’ve started identifying as a girl 6 years ago, but only came out as a trans girl publicly last year. I still have a lot of things to work up to, but I’m getting there!” 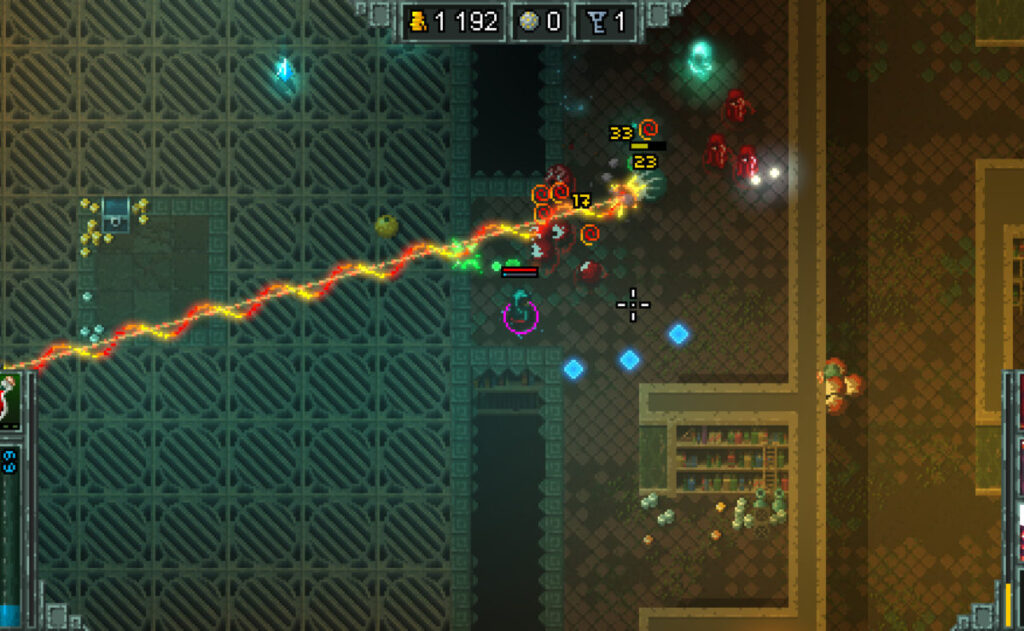 “Heroes of Hammerwatch – a pixel art style hack and slash adventure game. You level up a group of customizable heroes and upgrade your town to get stronger and make it to the top of the tower.”

Just remember, trans folks of all kinds and ages: We are out there, we are working more and more towards normalization via integration, and you can be part of that too. Support your artist friends of all kinds, pick up whatever hobby or skill you want and contribute what you can – your family, given or chosen, will always support you!