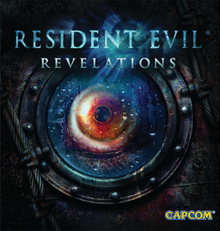 This was my first real foray into Resident Evil, and I liked it so much that I finished the entire game in one sitting that went way late into the morning.

Though I have no other Resident Evil benchmark to compare it to, I thought the campaign story was really neat and well done, lots of twists that kept me guessing. Most of the characters had interesting personalities, though as a new player to the Resident Evil series with no prior background knowledge of the characters besides knowing they exist, I feel not much was done with Chris and Jill outside of them obviously being “the celebrity couple that won’t admit it” in the game. I suppose you’re meant to know them from previous games, but as a standalone, they ended up being the flattest characters even though you get to play the both of them and thus like them by virtue of them being an extension of “you”.

I enjoyed the episodic sort of storytelling technique with a cutscene recap of the previous episode at the start of each next one as though it was a TV serial. Ammo shortages put a constant pressure on the campaign (on normal) but it was not overly scarce, so generally it was a good balance. Definitely had to use every single gun in the game and swap them in and out at times though.

I seldom play games with this kind of 3rd person angled camera, and I was afraid I’d get motion sickness at first, but as it thankfully turned out it was not an issue for me through the game. I didn’t have issues aiming or shooting but did have slight issues locating the enemy at times, but by the end of the game had become accustomed enough to it.

The horror element in this game was mostly the gore/grotesque sort of horror, and not the kind of horror that keeps one awake at night from the sheer terror of a floorboard creaking in the kitchen.

There are only two, maybe three fights in the game that would really count as “bosses” with a particular strategy/way to defeat them or stay alive against, and not just giant meatbags. There were a couple fun little turret shooting sessions too.

The biggest negative, I would say, is that some quest objectives that were not marked on the map should have been. You are made to run back and forth to different parts of the ocean liner that most of the story takes place on, and the map is humongous and somewhat complex to comprehend. The story also jumps back and forth between the three pairs of characters and a fourth flashback pair, taking the player on and off the ship to different locations on a whim. Those together plus the nature of an episodic game encouraging people to take breaks between each chapter/episode, all leads to the fact that it’s very easy to get lost in the ship and head in the entirely wrong direction. This can be especially bad since ammo does not respawn.

The campaign is entirely solo, the listed co-op tag is solely for Raid mode, which seems to be some sort of wave survival rubbish that I plan to never play. There is a New Game+ available after you finish the campaign, which is you keeping your characters + some extra unlocked gear and starting a new campaign with them. I probably will look toward other games in the series/franchise instead, though.