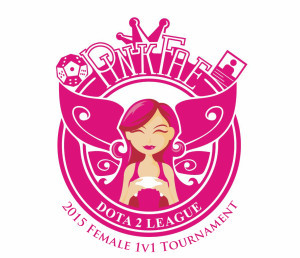 The PinkFae Dota 2 League is a league for the top female gamers to break out into the professional scene and network with other female gamers and teams. We are very pleased to announce the league’s very first tournament: the 2015 Female 1v1 Tournament. Players will play for a base prize pot of $500 in a single elimination tournament.

Players will be seeded in the tournament bracket based on their MMR. The higher the MMR score the higher the seed. The game will be a 1v1 mid, best of three to advance to the next round. The semi-finals and the final will be a best of five.

The tournament will largely be based on an honor system rule. Any racist, sexist, ageist, transphobic, sizeist, ableist, or homophobic language will not be tolerated and could result in application rejection or disqualification from the tournament.

To register for the tournament you must first subscribe to this site. After you have a username, complete the registration form. There is no set entry fee, but you can pay what you want. You can use paypal to help support this event. Twenty-five percent of all donations will go towards the pot.

The rules & regulations can be found here.