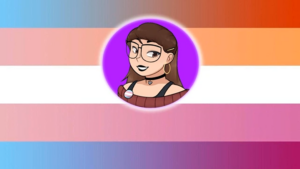 Today I had the pleasure of interviewing a Twitch Affiliate who goes by SKuNKW0RXx (She/Her). You can find her channel here. We met by way of a mutual group we’re in on Facebook and hit it off from there. I found her perspective and insight valuable in regards to streaming while trans and couldn’t wait to share it with all of you.