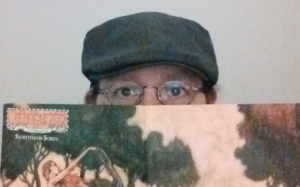 I’m going to do something a little different. Today’s post will be the first in a series, which will run until I’m done. How many posts will there be in this series? I don’t know. I’m making this up as I go. ? But this series of posts will be an analysis of GMing. How to do it, how to get players, how to prepare, how to be good at it… that’s what we will look at in this series. The series won’t be consecutive; I’ll intersperse it with my other articles. But for today, we’ll start with How to Choose a Game System.

So You Want to Try Your Hand at GMing

You’ve decided that you want to run a game. Maybe you read my post about creativity, and decided to give it a go. Maybe you’ve heard about this awesome hobby called gaming, and want to see what it’s all about. Maybe your friends have told you it’s your turn to GM. Whatever the reason, you will soon be GMing.

The first thing you must do is choose which game you will be running.

If you haven’t already, you should make sure you know what type of player you are. For people who’ve never gamed, this can be a bit more difficult. You’ll have to work a bit more intuitively. Chances are, you can work out what type you are by reading my description of the player types. If you’d rather, you can take this useful quiz. If you’re an experienced gamer, you may already know what type you are. If not, as long as you know what the seven types are, you can easily figure out which kind you are.

Of course, you have to balance the needs of the system with the players for whom you’ll be GMing. We’ll talk about choosing players in a later entry, but there’s another important consideration in selecting a game: genre.

Butt-kickers may adore the focus on combat provided by D&D, but if they’re not interested in the fantasy genre, they’ll probably want to steer clear. Universal systems like GURPS or Heroes will make this easier, as long as you can find one that will work well for your player type.

Of course, some people may be interested in playing a game set in an existing franchise, such as Star Trek, Firefly/Serenity, Doctor Who, Lord of the Rings, Star Wars, or Buffy the Vampire Slayer. Each of these fictional settings, as well as many others, have already-existing published games. Some people might think this means you have to play in that system. There is, however, no reason you can’t use a universal system (Tri-Stat DX, D20 Modern, GURPS, Heroes) for an existing franchise. It might mean a little more work, as you must adapt the system to the new setting. But in many cases, you may find that someone else has already done the hard work for you. As one example, there is a Yahoo! group dedicated to playing in the Firefly universe using the GURPS system.

Depending on your situation, this may be an easier thing to handle. Many people who are used to gaming have only ever played D&D, and are sometimes unwilling to try a new system. If you’re in an area with a lot of gamers, you may be more likely to find players who have experience with (or are at least willing to try) new systems. Or, as an alternative, you may try to find new players who’ve never played before at all. They won’t have the emotional investment in a specific system to overcome, and as an added advantage, they’re less likely to notice when you make a mistake as a result of being new to GMing.

If you have no idea what sort of game you want to try GMing, head over to RPGgeek.com. They have an advanced search tool that lets you filter results by genre, setting, and category. If you leave the search term blank and just select one or more options under one or more of those three, it will bring up a list of all games that fit those terms. I recommend selecting ‘Core Rules’ under category to filter out accessories and supplements. Then you can rank the results according to popularity, if that’s a concern for you. Just click on ‘RPG Item Rank’ at the top of the leftmost column.

As mentioned, I’ll be addressing the issue of matching players to your games in the next installment of this series. But for now, it’s important to choose a game that you’ll enjoy. Hopefully, I’ve given you some useful advice on how to do that.

Anyway, I think that’ll do for today. I hope you have fun exploring the possible world of GMing. Until I see you here again next week, remember as always to