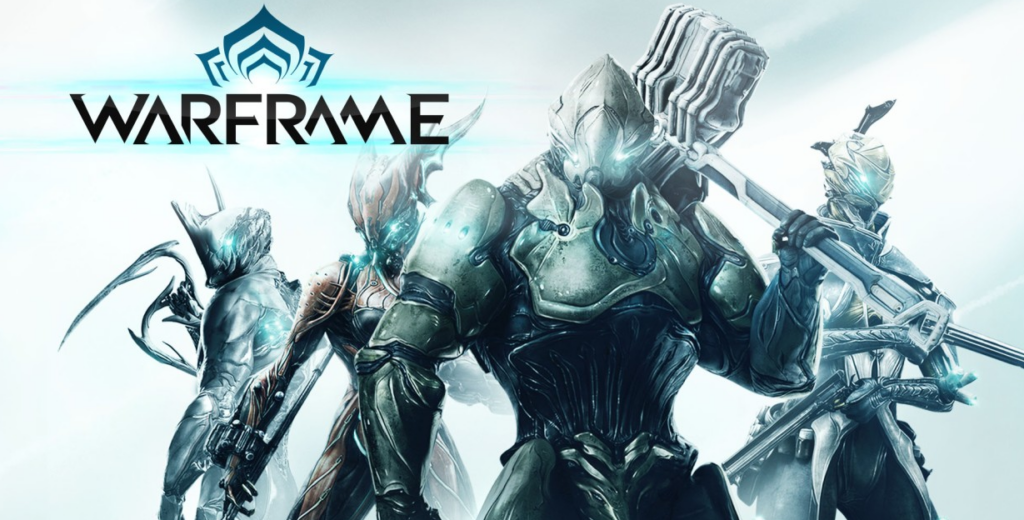 Warframe is a Sci Fi action game that has cooperative free to play with some elements that have MMO like qualities. This game has many epic features and an in depth lore around it which entices the player to sink their teeth into.

The game is free on PC (Steam) and console. The developers to regularly release new content and is a game much loved by the masses.

The story revolves around you as a Tenno, a lost warrior race basically with different augments and powers being able to use these to combat the greedy power factions of the universe. Whilst there is a mega ton of lore thrown into this game, you can be forgiven for not being overly fussed about it however. You have the freedom to travel to whatever planet you wish, complete any series of missions you desire. All this in the hopes to unlock that sweet loot and make yourself an even more powerful Tenno than before.

There is an insane amount of content, you can pick your Warframe from one of several at the start. Later on however, you can unlock, find or purchase other Warframes and use those, each with their own set of buffs and powers.

Its nice to know there is a story to play as well, but the game does not punish you if you decide to go elsewhere. With that comes the feeling you have a galaxy of opportunities before you.

Bear in mind this game is free to play. The variety in weapons, modifications, Warframes themselves is on an incomparable scale with most games out to this day. This game came out in 2013! It has had graphical updates, endless new features added, and the fun that can be had by teaming up with 3 friends makes you feel part of your very own Marvel Avengers like group.

The catch? This game does not come with a “how to do” guide. The complexity of this game is left entirely for you to discover. This presents a number of problems and results in this not being for everyone to play. The game is extremely complex to grasp. In time, you can get your head around the many different mechanics of the game. 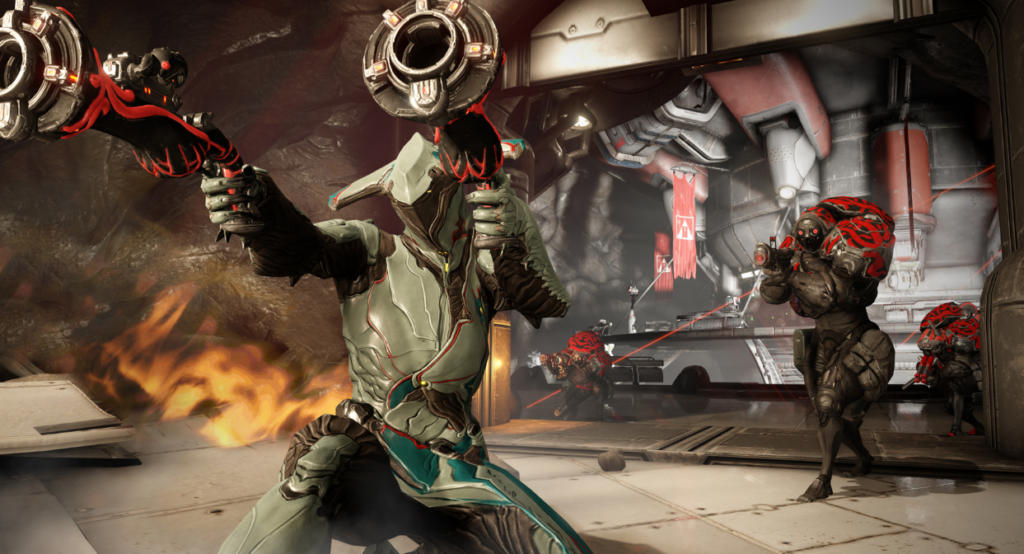 The combat system is very well polished and smooth. It is a massive focus of the game and you can see why, this is where all that messing about with the complex mechanics produces its final result. The outcome? These hefty and powerful Warframes able to take on infinite challenges.

The missions do get somewhat repetitive. There are many aspects of the game that require some grinding. Whether its for rare loot, or to collect materials. Perhaps you need to level up to get better gear. All this will require some grinding. These missions can still be enjoyable though and vary to an extent in terms of how you will fight your way through it.

A great feature of this game is the multiplayer. There are a couple of places that are instances and areas where it will be MMO like, with potentially dozens of players. The variety of Warframes does leave you in awe! When it comes to missions themselves however, you can play with 3 friends. As a team of 4 you can then go through the missions and the fights are intensifies with more enemies spawning the more of you there are.

I would recommend trying to team up with friends on these missions as it makes the overall game experience a lot more fun and you can share the knowledge of what you have learnt as well. 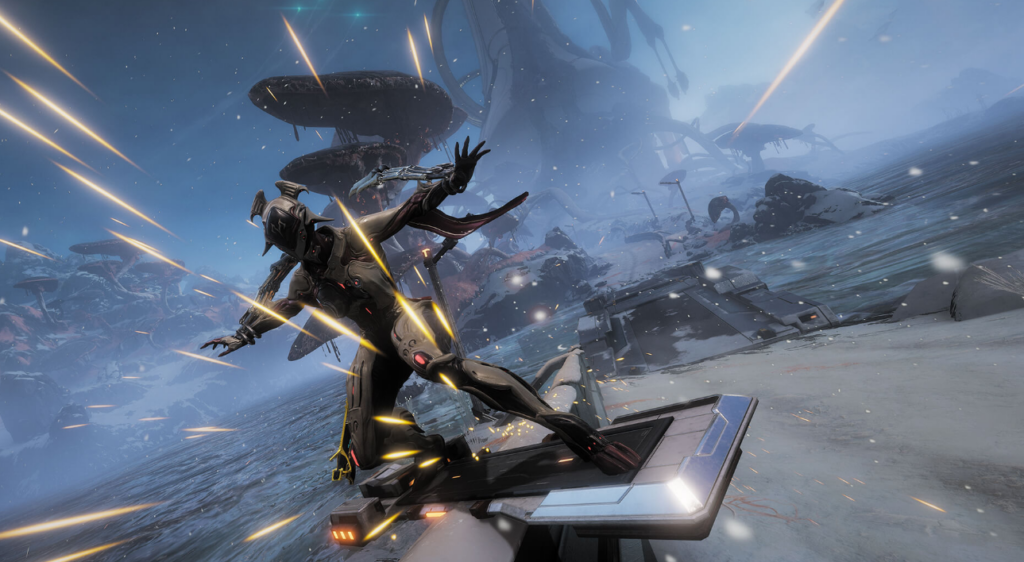 This game is complex on a scale of its own! 10/10 is the highest I can give and as such you best be ready to put your brain into gear to learn with little to no help from the game itself. The story only gives you the basics, the rest is on you to learn and discover!

There is one, it is an ok storyline and its nice that you aren’t forced to necessarily go through them all at once. They are worth completing to improve your understanding of the game and its lore. The story is not as gripping as other titles that exist, however. It is simply a nice added detail of the overall game.

High rating for gameplay which is extremely smooth and you really get into the groove of your Warframe. The only downsides is the linear feel to some of the missions. The need to grind is a little excessive, and it can be tricky to keep track of nerfs and buffs from the developers.

The multiplayer is a strong part of this game and as such a lot has been done to make the multiplayer and online experiences good. The mix and match of Warframes and combining abilities to heal, buff, and support one another really brings the game together.

This game is free! I can’t stress that enough for all of the content you would be getting with this game. It does have a purchasable currency but that doesn’t outright result in pay to win mechanics. The online is fun. The gameplay is smooth and there is plenty of lore to sink your teeth into if that is what takes your fancy. All in all, a very fun game with plenty to do to keep you entertains for hundreds of hours.