Far Cry is a franchise of games that many have enjoyed. It has an almost cult like following from fans of the early games of the series. Far Cry 2 and 3 attracted huge amounts of fans of the series including myself. So, what went well and badly with Far Cry 5?

Reviews on Far Cry 5 were positive about the game. The reality of it however is quite different from a player’s perspective.

One thing that Ubisoft get right in Far Cry, is making their villains. Vaas Montenegro (Far Cry 3) was the one to genius behind Ubisoft realising that good villains are worth investing into, and with them come greater stories.

Far Cry 4, sees Pagan Min feature as a tyrannical leader. He was loved by fans as someone both comical but evil.

Far Cry 5 brings us Joseph Seed, and he is extremely charismatic leader, but also one who seems to have a philosophy about him, with little actual regard for anyone else. He has family who you can take down, each with their own neat backstories and I feel here is their mistake. Rather than having 1 central villain to work towards, it was very much spread, and you no longer cared much about the main villain as much as the current one you were working to bring down.

This is where things get a bit diluted as the value of these villains basically drops in intrigue as you grind through the content to lessen their influence. By the time you get to the main villain, you want the story to be over already.

You play a Deputy fighting against a Cult who have seized power in the deep south of the USA, a concept perhaps a little close to home. You work with other resistance fighters to both save your friends (we’ll pretend they aren’t copying a concept of the highly successful Far Cry 3), and defeat the Cult once and for all. 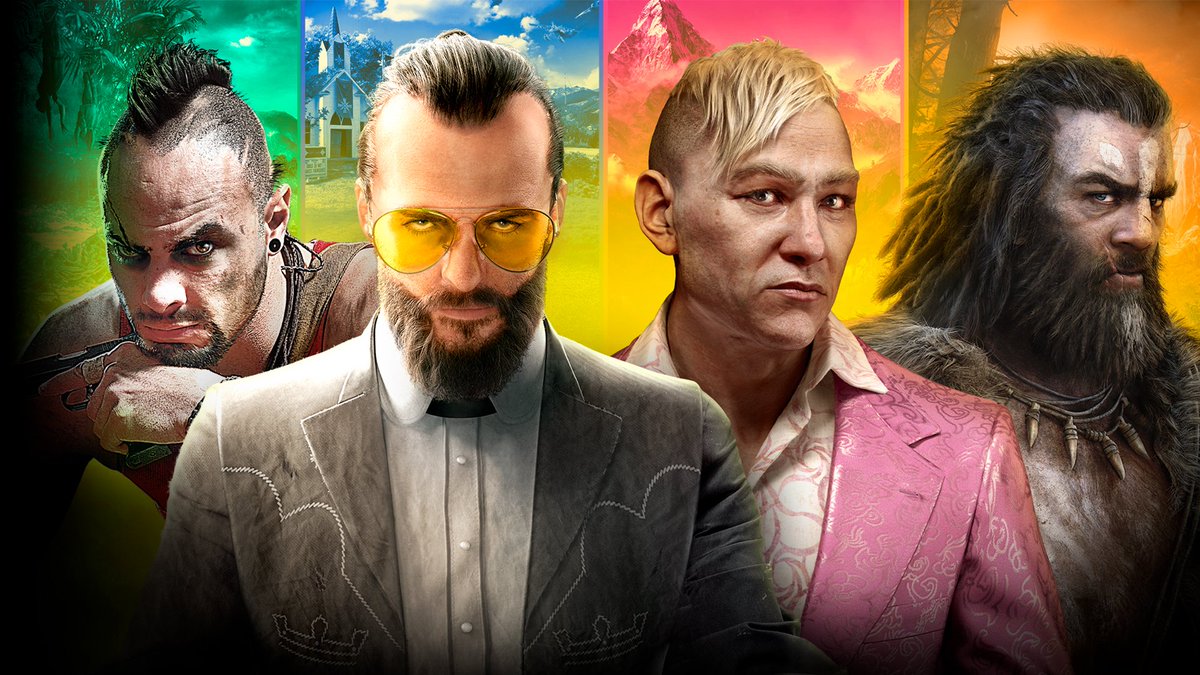 This is a huge downfall for people like me who have played a lot of the series. There is nothing original here. There are camps to take down, preferably stealthy for bonus points. Enemy classes are the same as previous games (soldier, armoured, VIP, animal, sniper etc). So, lacking in originality there.

The graphics system seems unchanged though the natural beauty of what was created is impressive and stunning. The addition of a camera mode is a nice touch.

The distribution of these camps, how to find them, and how they impact the ‘influence’ of the villain is all the same as it has been since 2012’s Far Cry 3. If anything, the game is less gritty, which is something the fans love about Far Cry.

Healing used to consist of painfully removing and healing the damage taken, in Far Cry 5 you can apparently just inject yourself and your fine again.

The Car/Helicopter/Boat customisation is new but feels a little restrictive. The overall gameplay is smooth and is mostly fun. Newcomers to the game will enjoy this far more than those who have played a lot of the series.

There is an odd quirk of the game. If you travel along the road, you’ll be attacked roughly once per 2 minutes. There is barely ever a break from hostility.

I streamed a fair bit of this game, so I went in blind. It was enjoyable at first but slowly became a grind! A huge problem that I found, which later investigated was a glitch revolving around the first ‘boss fight’. [small spoilers] You are thrown up into air combat for the first time, and unless you’ve an ally or are naturally good at the rather odd flying mechanics, this will be a hard fight. To top that off, the glitch involves you spawning on the ground if you die, where you then have to travel miles to get into another plane to try all over again! This was very annoying and tedious, frankly a game breaking issue that should have been fixed long before I got around to playing it.

I enjoyed the stealth of these games, and overall, I love the series. I do not think I could recommend this game as it is unoriginal. Its villains, whilst detailed, aren’t as gripping because their intrigue is bound to the monotonous grinding of the other content that we’ve seen in so many games before.

This camp-clearing influence-draining style is a Ubisoft trademark. How long until we demand for something new? We see it in Assassins Creed, Ghost Recon, and Far Cry, just dressed up differently. Far Cry I feel is reaching the end of its life in this style. I cannot see any further future for the franchise. Which is hard for me to say as someone who has the collector’s edition of Far Cry 3!

Nothing complicated about this game at all. Go places, kill things and inevitably complete the story at random moments!

The droplets of story are particularly good. The Villains are not too different from some real world comparisons which anchors them as a substantial threat in the story.

Smooth, consistent, but with some game-breaking glitches. Nothing original, but a beautiful landscape to explore none the less. There is additional content you can purchase; Mars themed environment and another being a zombie mode which I’m sure are fun enough but I wonder if they could of simply, improved the content they already have!

You can co-op, and the competitive modes are out there in the Arcade modes which is a nice touch. Far Cry has always had this odd multiplayer feature that somehow is just plain odd compared to most games out there. There is a map making tool too which as a creative person is always a good thing. The community is what makes a game and this is something I want to encourage with map building, so I’ve rated this segment perhaps higher than it deserves just because it’s a unique mechanic to Far Cry.

Enjoyable, not too difficult, with a nice landscape and some interesting characters. Gets a bit grindy and has some much needed glitches that need attention but other than that if you were to pick up the game without having played any of the previous titles then this will be a good experience overall. Probably not the best, but a good one all the same.

The Standard Edition is available for £50. I would recommend waiting for a sale before purchasing at this price for a 2 year old game.