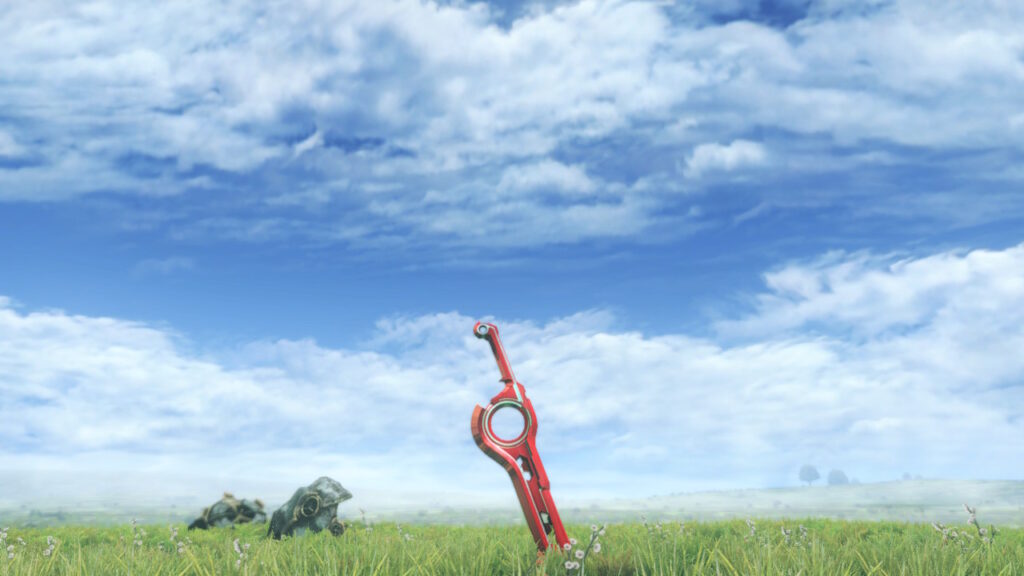 Released in 2010, Xenoblade Chronicles launched late in the Wii’s lifespan in Japan. Initially, there were no plans for Nintendo to release this game in the United States. However, along with The Last Story and Pandora’s Tower, these games became the goal for Operation Rainfall. The goal of Operation Rainfall was to push Nintendo into localizing these three games for a US audience. Spawning two sequels, many ports/remasters, and a Smash Bros introduction; Xenoblade became one of Nintendo’s biggest franchises. There is no surprise that Nintendo remastered this game on the Switch with a new art style and many quality of life improvements. Xenoblade Chronicles: Definitive Edition brings a timeless classic for a new generation. 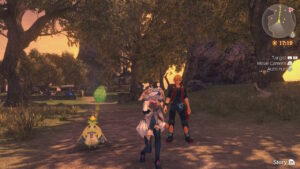 Xenoblade Chronicles takes place atop two lifeless titans and the life that has sprung from their bodies. The story follows Shulk and his friends as they travel throughout the Bionis to uncover the secrets of the Monado. Keeping spoilers to a minimum, a new epilogue story is accessible from the main menu. Future Connected follows Melia and Shulk as they travel through the Bionis shoulder, a scrapped area from the original game now worked into this epilogue story. 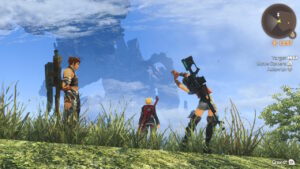 One of the most iconic shots of the game.

Being a game at the end of the Wii’s lifecycle, Xenoblade Chronicles created some of the most gorgeous visuals for the console. It is no surprise that with the updated visuals, Xenoblade looks even more impressive on the Nintendo Switch. Many of the characters have received new character models in line with the art style that appeared in Xenoblade Chronicles 2. While this has received a mixed reaction from fans, many of the characters maintain their iconic design. As for the environments, many parts in the overworld have received a visual upgrade. From the massive Gaur Plains to the Satorl Marsh, every location received graphical updates that make exploration a beautiful stroll. Whether it is the first time playing through the game or the tenth, many areas in the game will leave the player in awe. 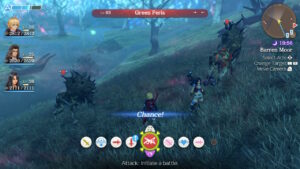 While this game looks amazing, there are still a few issues in terms of performance. For starters, the game runs natively at 720p in docked mode, even less in handheld. Leading to blurry images that take away from the experience, still a massive improvement from composite cables on the Wii. This would not be too bad alone but with a frame rate drops, it can be a bit trying at times. While not too prevalent on docked mode, playing the game handheld under certain conditions can lead the game to drop in frame rate. Usually during fights with large amounts of enemies or with rain and thunder in the over world. While these frame rate issues have little effect for players in docked mode; for those playing in handheld or a lite, it may get tiring to see the frame rate drop so often. 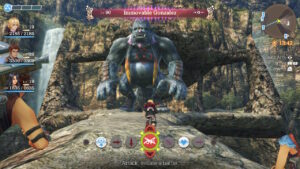 Xenoblade is a game, while mostly linear, rewards the player for going off the main path and exploring side areas. No area in this game is off limits. From the beginning of the game, it is entirely possible to explorer all of Colony Nine. However, many enemies will be over leveled and will most likely defeat the party in one attack. This leaves two options: sneak past the enemies to get items early or come back at a higher level to fight any enemies. This creates an incentive for the player to return to an area later in the game and be rewarded for exploring every part of the map. 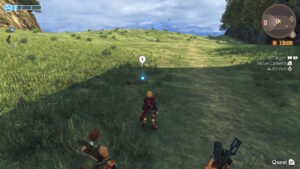 Compared to the original game, the definitive edition adds many quality of life improvements that enhance the overall gameplay. The updated UI makes navigating the main menu much easier compared to the original game. Characters pop out more on the equipment screen making it much easier to see their models when swapping out armor sets. And while not much of a gameplay improvement; it is now possible to lock armor appearances. It is now possible to equip any piece of armor without it looking like a jumbled mess. The UI is not the only improvement made. During side quests, enemies and items needed are now highlighted on the map. This allows for quick access for completion. It is no longer required to grab every single item in an area and hope for that one obscure resource.

Xenoblade Chronicles: Definitive Edition brings one of the timeless classics from the Wii and introduces it to a newer generation. With many fans getting into the series either through the second game or through Shulk’s inclusion in Smash Bros. This game aims to bring in more players to the series while playing on the nostalgia of previous players. Honestly, this game holds up really well if not surpassing the original version of the game.