Persona 5 released back in September of 2016 for the PlayStation 3 and PlayStation 4 and being a mainline game it added in a lot of new changes to the series that not only made older fans of the series cry tears of joy; it also brought in new fans to the series and sparked even more interest in a series. As Persona 4 had an enhanced port in the form of Persona 4 Golden, Persona 5 received this treatment on March 2020 with Persona 5 Royal. Adding in new elements to both game play and story line breaths new life to this game. I will try keeping the spoilers to a minimum. 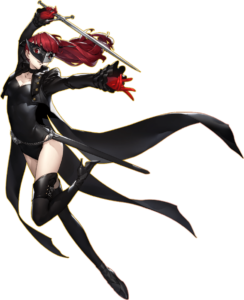 One of the new confidants. Kasumi Yoshizawa

I just want to start off by saying that most of this story line will not feel like anything new. At least in terms of story progression. Up until the new third semester most of the game’s story will feel the same as the original. Altering the story slightly allowed for the introduction of the new confidants and changes to a previous one. As well as the introduction to new areas on the over world. Which is fine for new players to the series or people who haven’t played since 2016 however for people who have gone through multiple playthroughs of the original version, a good majority of this game will feel very slow compared to all of the new content that comes in near end game. And while the new social events help break up the monotony of the story, it still feels a lot like the original.

In the opposite end, the combat has received very nice additions to them to make them feel much smoother and a lot more stylish compared to the original release. Having Baton Pass right away instead of having to unlock them through the confidants makes battles a lot more fluid and somewhat faster. Especially after maxing out a pass reduces the cost of every skill to zero rewarding the player and incentives the use of that system. New types of shadows also play a role into this. Disaster Shadows, for example, only counter attack and explode when defeated. This creates a new mindset going into battle trying to explode enemies instead of focusing solely on all-out attacks.

A New Way to Explorer 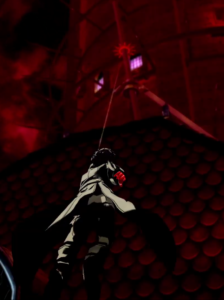 This kind of fluidity carries over to the dungeons as well. On the surface, it does appear to be the same as the original game. Many rooms and layouts have been carried over from there. However, larger rooms with multiple levels have been revised to make it all flow seamlessly. Introducing new puzzles and changing the enemy placements are the first things to come to mind; the grappling however adds even more to explore. Need to get over a large gap? look up and swing across. Surrounded? Zip out of the way. The grappling hook allows for quick traversal in large areas and is a key item in finding certain collectibles in palaces.

Persona 5 Royal breaths a nice change of pace to the original game in terms of game play. Making exploration a much better experience compared to the original. The new events help break up the monotony of a story that I had played thousands of hours but doesn’t add too much until the endgame. For people looking to start a Persona game, I would recommend this. However, if you’ve already played through the original version recently, you can probably hold off and come back later.