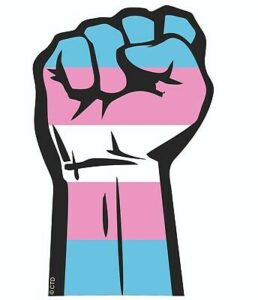 I have been trying to get some fund raising for the non-profit for a while now. With me being out of work and on disability, I just can’t maintain this organization on my own as I have been doing. I come to depend on our writers on this site to keep up with the content while I’m trying to build the organization up and get more name recognition. This isn’t a very easy task, and takes up the majority of my time. I am currently juggling between getting us to have a presence on Twitch with our new channel there, along with trying to vocalize why people should be investing their time and money into the mission of PinkFae Gaming.

I have run into a lot of negative feedback when promoting the organization. Usually people saying that it is not needed. Sometimes the feedback is more transphobic in nature. Feminist Frequency also ran into this problem when they tried to start up a Kickstarter for one of their projects. There was a lot of negative feedback that is similar to the feedback that I have gotten. Yet, people that believed in Feminist Frequency’s mission stepped up and supported them. I haven’t been able to mirror this type of success.

In this article I just want to provide you with information on why this mission should be important for everyone, transgender gamers and gamers in general.

It is true that there are other areas of concern within the transgender community that out shadow’s the under representation, misunderstanding and general hatred that happens within the gaming community. I’m not saying that the high suicide rate among those who identify as transgender or non-binary out weighs that of addressing the nature of transgender characters and supporting transgender players in the gaming industry. I’m just trying to say that society has problems in other areas. Please do provide your support to Trans Lifeline to help those who are experiencing suicidal ideation. This is an important social disease that needs to be rooted out.

Games are meant to be fun, but they also teach how to function in society. There are a number of books out there that talk about gaming and how this improves life skills. It provides gamers with either obstacles to overcome or to compete against each other to reach a goal. These are important skills to have in any work environment. Problem solving and critical thinking help one grow to be a better worker and indeed a better person. Yet, with transphobia being common in the gaming community transgender and non-binary gamers are not able to gain this enrichment in a safe place. We are trying to make the place safe for transgender gamers so that they can obtain these valuable life skills.

There is also the element of representation in video games. In many games (although it has been changing for the better) there is a lack of transgender characters that are represented in a positive light. Many criticize the character Poison for being a character that misrepresents transgender women. Originally she was created because the Japanese market thought that beating up on a woman would not be good for the game, so they made the character transgender. This somehow made it okay to beat up on her. She has since evolved into a character that is strong in her own right. Yet, she is represented as being a very feminine character. as if to say you’re only a transgender woman if you “pass” as one. There still is much work to be done to to represent transgender women, men and especially non-binary folks.

Why Should I Care?

This is perhaps the hardest question to answer. I’m not going to be able to make you benevolent towards the transgender community with just a few words. If you believe that games should only represent someone who is a cisgender, heterosexual, white men and anything else is just being political, I’m not going to be able to change your mind. Yet, I might be able to present you with a different viewpoint to consider. I’m also not saying that every cis, het, white man is like this. There are plenty of allies out there that support the transgender community. We just need to amplify these voices.

Okay, You Convinced Me. How Can I Help?

Besides just giving up your hard earned money to us, you could volunteer your time in helping us get the message out there by becoming a writer or streamer. You could even just share with others what we are doing on social media. Get that word out there. You could challenge those who downplay transgender characters or use transphobic speech you witness. Every little act will help reach what we would like to see the gaming industry become. what we would hope it will be. A pool begins with a single drop.

Katie’s (she/her) first experience with video games was in the late 1970s with Pong on the family Tandy TRS-80 home computer. She published her first gaming review in 1982 for the TRS-80 video game Rear Guard. It was around this time that Katie also discovered the joy of roll playing games, starting with Advanced Dungeons & Dragons. In college she played Doom, getting her into first person shooting games. This interest lasted until Final Fantasy XI was released when she started to spend time playing massively multiplayer online role-playing games. Currently she has an interest in many different genres of video games. She lives in Elgin, Illinois with her cat Lorien.
View all posts by Katie Walter →

One Reply to “Why PinkFae Gaming is Needed”