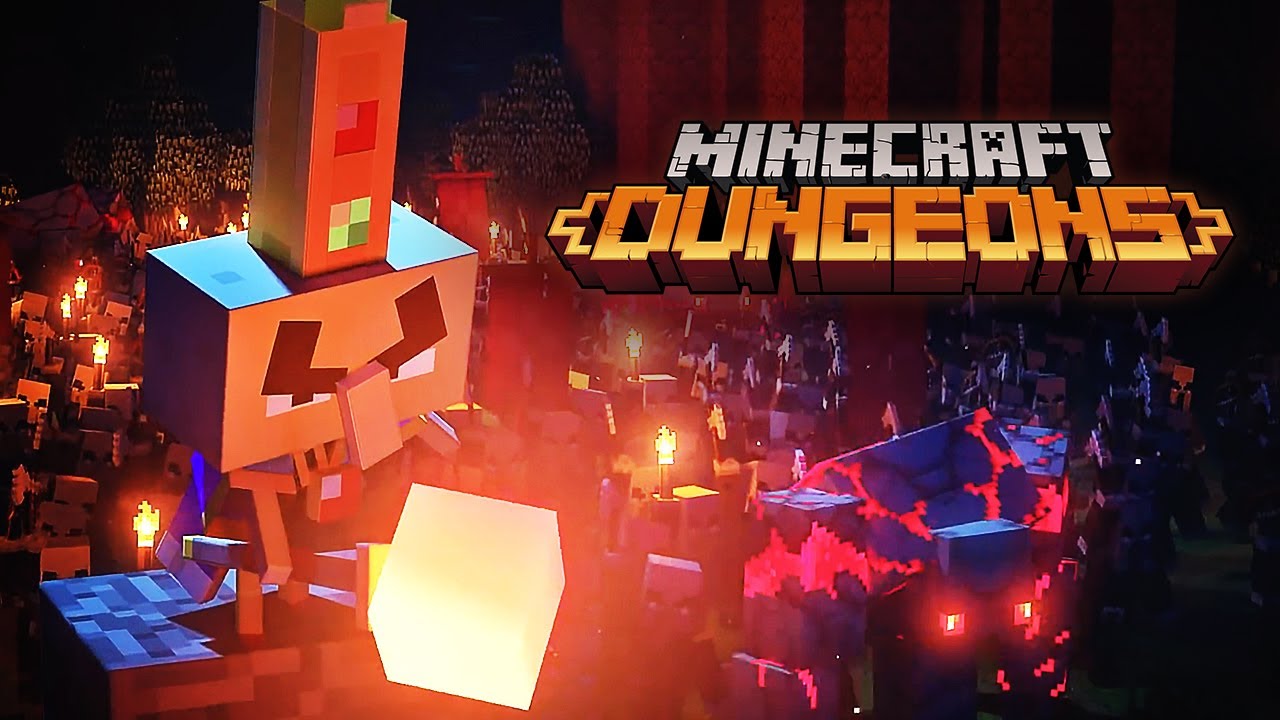 On 26th May 2020, Mojang launched their new Minecraft themed spin off game, Minecraft Dungeons. The game has had some mixed opinions with a majority as positive.

I myself have a vast amount of experience on Minecraft, having earned myself quite the reputation for some of my large scale builds. I was excited for this dungeon crawlers release and I will breakdown for you exactly what I love about this new release as well as some problems I can foresee in its future.

So, unlike Minecraft itself which has pretty much zero storyline, Minecraft Dungeons does introduce a story of a rejected villager who finds a powerful artefact and goes all out evil and has plans to take over the world. It’s a basic concept that isn’t all too innovative and ground-breaking. It is nice having a story the links up the mobs you are all too familiar with.

The game focuses more on the dungeon crawling element more so than the story and so, whilst there is a story to follow, it’s not the focus of your attention.

The unique aspect of this game comes from the random component generator, ensuring that every playthrough is different, every map is randomised. The mob variety and difficulty increase as you progress through the story and the quantity of enemies grows the more friends you have playing with you.

Cross compatibility has been promised but not delivered with the release of the game which is a bit of a let down as it was a much advertised element of the game.

The game introduces, new mobs, so many new weapons, enchantments that both exist in the original game of Minecraft, but also new enchantments.

It certainly leaves a bitter sweet taste as many players of the original game think “why can’t all these things be in the normal Minecraft we know and love!”

The mobs are sufficiently challenging and there is certainly enough variety and challenge to keep you entertained for hours. I do wonder though, at some point if the game will become too repetitive. It is this concern that makes me think it will never reach the success of its originator Minecraft. There is a limit and linear feel. So unless they update it regularly like they do with Minecraft, I can see it rising and eventually fading in time. It is too soon to tell just how successful it will be (or not).

At your camp (a lobby to launch missions from), you can purchase gear which is randomly generated based on your combat level. I would like this to be more rewarding than it has been. I can pump thousands of Emeralds into it and sometimes never get anything worth keeping. 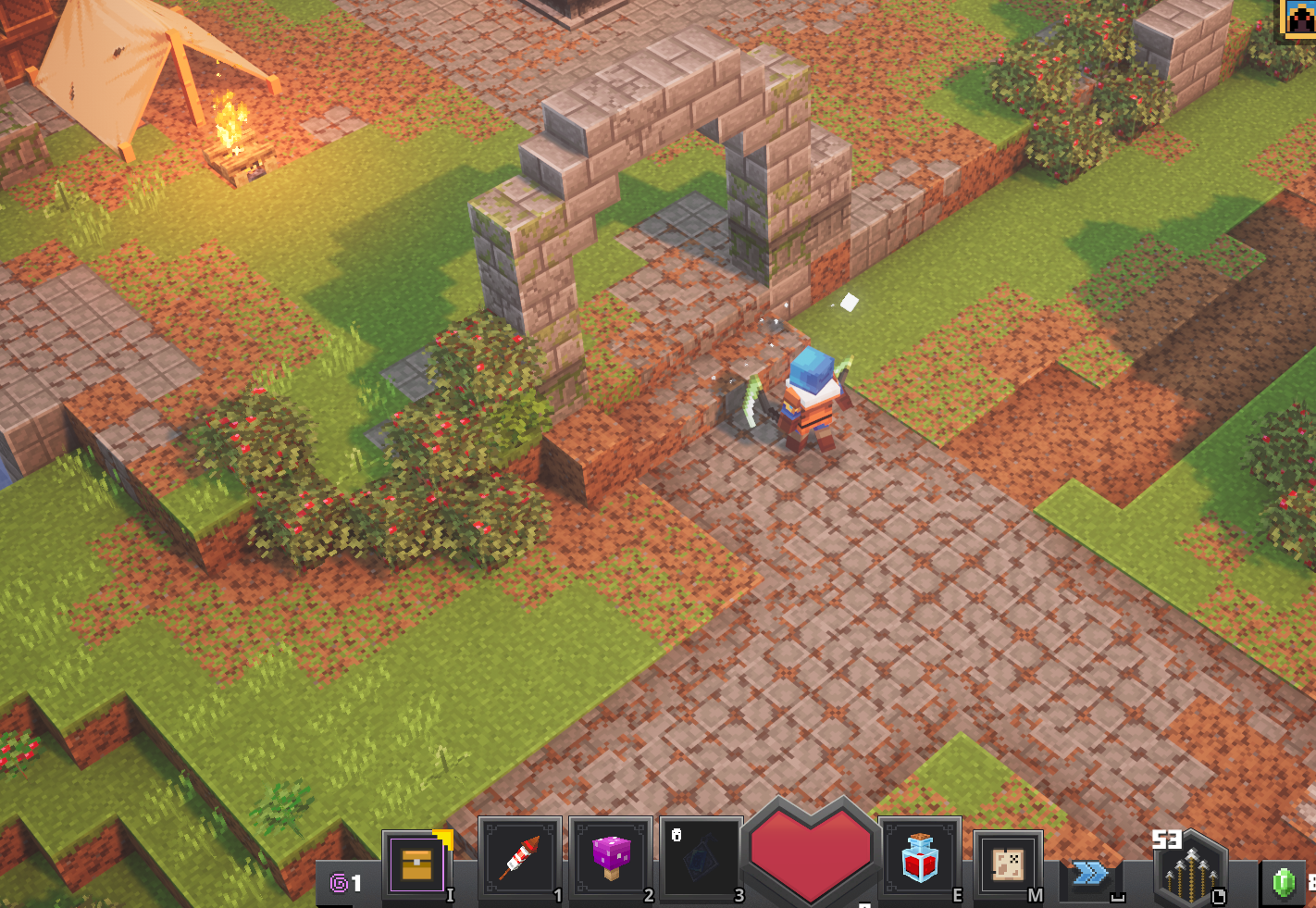 The game focuses on the art style of its origin, but adding things like shading, . A common critique being made is that this is a “Diablo for kids”. You can certainly see where the opinion comes from, with the simpler art style and a simpler mechanic system to it. Diablo is a clear inspiration for this game but there are enough differences that keep them apart.

I would never have picked up Diablo. Before, I was not interested in such dungeon crawling games with their top down like angle, it was too linear to ever lure me in. Minecraft Dungeons however takes something we all know and love and uses that to then build from a randomised Dungeon crawler with lots of nods to their main game that it has been something I was both looking forward to but also have played a lot of hours already! Its art style, its familiar faces with the mobs you fight against really do add some challenge. 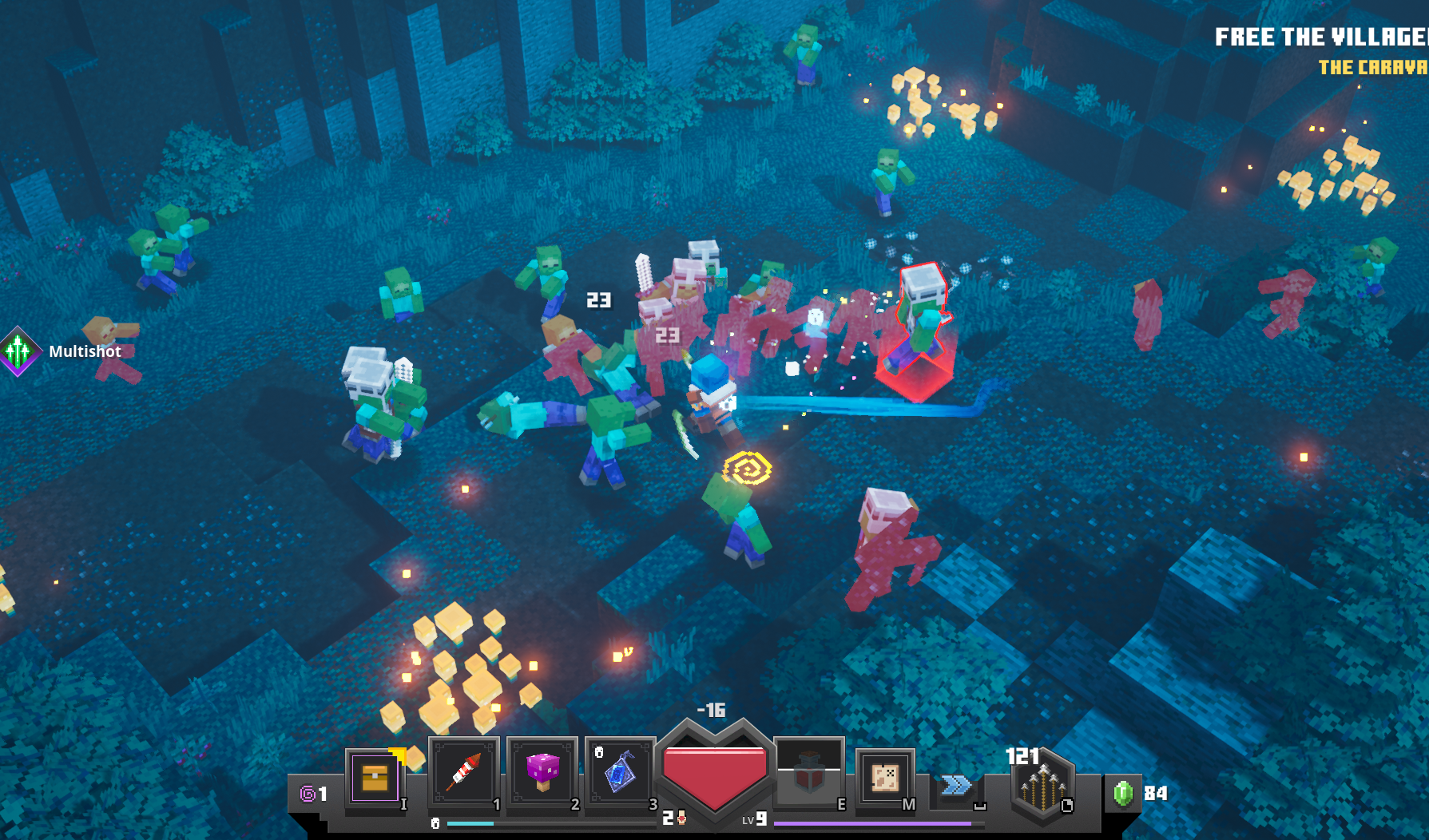 I am thoroughly enjoying the game for what it is. A relatively straight forward dungeon crawler experience with randomised dungeons and a good mix of challenge and adventure.

If the game does not receive many updates however, I do wonder if it can continue to have a novel feel about it. Unlike Minecraft, this does have somewhat of a Linear feel.

There is a nice amount of variety in character skins as well as how you play. You are not bound to a class type and can switch up as often as you like. Any level up points spent on your gear are refunded to you, so there is no loss really felt.

This is a simplistic game to get your head around. The most complex element will be the management of gear and deciding between them to get the most out of your character load out.

A rather uninspiring story. It adds purpose to the game, but I dislike the ending and it wasn’t captivating like many games out there.

Consistent gameplay. I’ve not found any glitches as yet. The randomised Dungeons are great to keep it interesting. The gear, and abilities all add variety and intrigue. We as players I’m sure are all hoping some of these weapons and gear make it to its originator!

Other than that, the online experience (and local co-op) really adds so much to this game and you can tell that this is in the forefront of the developer’s mind.

That said, there isn’t any matchmaking (so you can’t team up with new people). This could be an unexpected negative effect as gamers who might typically only be into single player games would not get to experience this without using other platforms to join up with other players.

This game has a mid-high rating because whilst it is extremely fun, and there are so many possibilities, I really think the story is under-developed, and the online aspects not thought through very well.

That said, its still got a great art style. Those who love Minecraft will inevitably love Dungeons too, but the same level of freedom will be hard to keep that player base.

Minecraft Dungeons is a good, well made game, smooth running and an enjoyable game to relax on. I do not think it would be correct to say it’s ground breaking. It will certainly bring many new gamers, like it has myself, into the Dungeon Crawler genre.