Many gamers in the early 2000s have some memories of going inside of GameStop. Whether to purchase a few games or to trade in some old games, GameStop holds many fond memories for people. From 2017 to 2019, working at GameStop has been an interesting experience. GameStop seemed like a good place to work due to flexible hours on top of my schoolwork. While it was fun during my first few months there, many problems came up making that job intolerable. 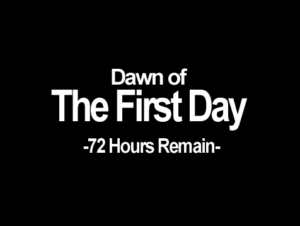 When I first started up at GameStop, I was just the bottom of barrel worker there; a GA (Game Advisor). The duties of this job include selling things to customers, stocking the shelves, straitening the shelves, and cleaning the store. Basically, the standard for working inside of a retail store. Most days were light on workload with an occasional rush. This would have been the perfect job for a college student looking for job. However, most GAs only get scheduled for three hours a week. That is not much to survive on even when I was living with my family. Most people made up hours by covering shifts at other stores but that is not a permanent solution. A job at GameStop as a GA is impossible to survive on unless there is a second job on the side.

After a year I was promoted to a keyholder (Senior Game Advisor). As a keyholder, you assume the role of the manager on duty. This includes opening/closing the store, maintaining day to day operations, and sending out and receiving shipment. Though, I never received formal training for this position. There was no choice but to promote me. The person originally hired for that position did not show up and it was a week before manager conference. I was the only option, so I got promoted. Then manager conference came around, manager leaves for a week to attend that and I only had a week of training in that position. My entire time at GameStop I had never received formal training for that position. This often led to not knowing the proper procedure for many different situations. 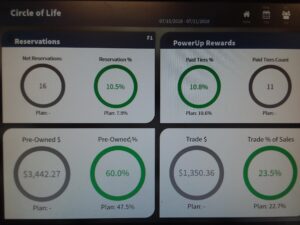 This is generally what the sales for a week should look like. Most of the times these are hard to hit

While the people I worked with nice, the district manager and corporate often place a lot of pressure on employees. Most people know of the Circle of Life policy. This policy places a focus on certain categories in order to maximize profit: preorders, trade, pro membership, and preowned. That is just retail, however, when these numbers get up to something insane like maintaining 35% trade ins for the day’s transaction. These kinds of numbers are almost impossible to hit due to many reasons. Many customers prefer buying games brand new, many rarely trade in games, a lot of people have no need for an extended warranty. While this is true for every employee, there is a lot more pressure to hit these numbers from management. Employees are often threatened with termination if numbers are not met. One of the many reasons why I quit.

The weeks leading up to me leaving GameStop were interesting. One of my coworkers got promoted to the Assistant Manager and that was a giant mess. They were not ready to handle these duties on top of a somewhat short temper. During that time, I was also getting only six hours a week which was not sustainable. I had to make up my hours by covering other peoples’ shifts at both the mall and my own store. That was not sustainable so that was the big reason. There is also the fact that most shifts are usually done alone. It got kind of creepy closing by myself in a strip mall at 9 o’clock at night.

I left GameStop a year before COVID-19 happened. In that time, there were many things I would hear from my old coworkers or through social media about how GameStop is going downhill. Telling the employees to stay open during the lockdown and ignoring law enforcement in some places, GameStop seems to have a disconnect with community in most places. I personally do not see them lasting the next few years.