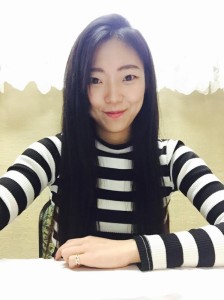 Hyerim Lee is an e-sports Hearthstone athlete that goes by the name of MagicAmy. She is one of the most successful female Hearthstone gamers finishing in the top four in week five at the 2014 ESL Hearthstone Legendary Series and taking the number one on the sixth week. Her showing got her signed on with Tempo Storm, becoming the second female to join a major team. She also qualified for the ESL Legendary Series finals to take place in California.

Then allegations started to circulate around Reddit and YouTube that MagicAmy wasn’t what she claimed to be. That MagicAmy was being played by a Canadian guy behind the scenes with his ex-girlfriend playing the front. The conspiracy theory was fueled by speculation with no real evidence. The fire started to spread so much that even The Daily Dot started to look around for circumstantial evidence. In order to fan back the flames, Tempo Storm started up their own investigation into the allegations.