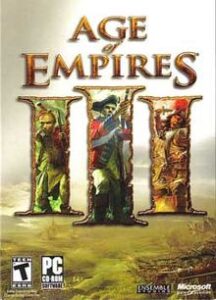 A classic RTS game, released in 2005, the last game in its series. The game was set in the early days of the New World being discovered. 2 secret orders, The Knights of Saint John and the Circle of Ossus, competed for control over the America’s.

Following the Black family through 3 generations of their family’s lives in a constant battle against a secret organisation trying to pull strings and greed for power.

Morgan Black battles through the Caribbean against and alongside pirates in a race to the fountain of youth.

Morgan’s grandson follows in the 2nd act, John Black with his own mercenary company once more uncover a Circle of Ossus plot during the colonial era of America as cities began to grow, they uncovered the plot where the Circle would capture towns whilst British and French forces clashed.

The 3rd and final act followed the granddaughter of John Black – Amelia Black. She is the owner of the Falcon Company, a railroad business. After discovering a map leading back to the fountain of youth, Amelia sets out to uncover the Circle’s plot (who now possessed barrels of the fountain’s water) and stop them once and for all.

All characters you play are charming and the story is carefully told. In spite of this being an RTS game, you do care for the success of the Black family as they hope to overcome evil.

The game mechanics have been designed well. In the normal/instant battles, you would start out with a town center, a few villagers and some supplies. From there, you had to build carefully and strategically. You as a player need to keep your eyes open for key opportunities and your rival’s movements they will be doing the same. Never before were these 3 strategies so well defined:

Turtling – A strategy of building a very sturdy defence. It is a long term game strategy to victory.

Rushing – As the name suggests, this is where you would mass produce cheap soldiers and overwhelm your opponent as early in the game as possible

Eco – An economic strategy is just being able to focus on shear quantity of resources, making you very hard to take down because you would expand vastly over the map, with potentially many pockets of life that could spring up at any time.

The factions put into Age of Empires 3 were very good at having the ability to fit into one of those 3 game play styles.

RTS is a much loved genre and honestly not played by enough players! This is a great game to get into, with freedom what to build and where during the battles. Driven by a good story line, the game’s design and detail that sticks to historical referencing.

Such detail makes this game both a learning experience at the same time as being really enjoyable. I had next-to-no knowledge of Native Americans before I played this game. Now I can recall over a dozen different tribes, and probably be able to tell you about notable heroes, and a little on their culture. It also encouraged me to learn about this part of history more too.

The artwork is stunning, the graphics charming, a level of detail few games have to this day. If you want an RTS game where you can control every individual soldier, and grow more attached to the units you create, then I highly recommend this game to you. The music soundtracks are also well suited to the game too.

I’m not a fan of how the ships move in game. They appear to be able to defy a lot of the normal physics that a ship would have. The ships are also not well scaled in comparison to the units themselves. They still have they charm in design, and a key part of any strategy on a map containing a lot of water. 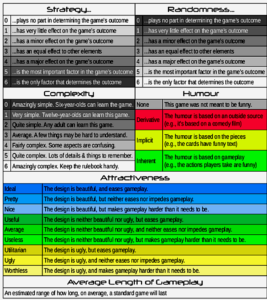 Strategy – 5 (Its an RTS  game so of course this rates high! I won’t give it 6 as you can mess around plenty too once powerful enough. The game’s custom map builder and editor make an additional enjoyable element that I love dearly).

Randomness – 1 (You need to keep your wits about you. Whilst some crazy ideas much be nice to test out, it would be hard to accomplish a victory on just building/doing things at random).

Complexity – 3 (There are many aspects to the overall mechanics. I found these very easy to learn and some like importing goods from your home base aren’t compulsory but are helpful).

Humour – None (there isn’t much built-in humor as its trying to build an immersive world. That said, it doesn’t mean funny things won’t happen during your game play).

Attractiveness – Ideal! (compared to the triple A titles out there now it might not meet the mark. It comes with its own art style, and I feel that makes this game a timeless edition to the RTS genre).

I highly recommend this game. It has charm, a good story, great music and easy to learn mechanics. It is up there with some of my all time favorite games. Limit on unit numbers might be a turn off if you are looking for vast battles. This is none the less an anchor in time to a great RTS, still loved by many.