A little about me… 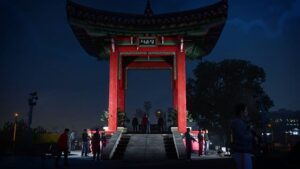 Hello! I am more well known in the gaming world as Fire Frenzy, but – more normally as Tom! Fae has been kind enough to accept me into her team of writers and so I thought for a while what to review first. The various ways in which one can review something as often reviews can vary based on the player’s expectations and preferences.

So, I think it’d be important to cover a bit about myself in the first instance. I play mainly on Xbox One and PC, but I do also have a PS4 (for those juicy exclusives!). How I ended up with all 3 has been a matter of arranging a platform when I lived apart from my now Fiance. Now that we live together, all these platforms come under 1 roof and so now I’m spoilt for choice when I look to game!

On top of that, I’ve been leading my own gaming community known as The Ronin Legion, a community designed about uniting mature, fun loving folk together and to help distance ourselves and those close to us away from toxicity to develop a more enjoyable gaming experience.

The sorts of games I’m very used to are free roam action/adventure games, with as many customisation options available as possible. A bonus is a good score, and good graphics, though I am a strong believer in good story lines being greater than the quality of its graphics.

I also am a Dungeon Master of my own Dungeons & Dragons group, using Minecraft as our virtual tabletop. The rules are extremely home-brewed, but none the less its so enjoyed, if you’ve not tried it – I recommend looking into playing D&D as soon as you are able to!

To grasp the sorts of games I enjoy I’ll list a few of some of the most enjoyable games I’ve played during my time, with a brief description (pending a more detailed review at a later date).

(These are not ranked from best to worse, just a general list of 10 games, and based on released titles, not upcoming)

So there you are, a short list of some of my favorite games over the years. I hope you enjoy the future content to come!