This weekend, after an extraordinarily long install process, I got around to playing the Black Ops 3 beta.

At first it felt promising- was this the change of pace the series so desperately needed? The combat felt snappy and generally responsive, and the maps were well thought out, avoiding the choke-point based design that plagues games like Battlefield.

However, as I played more and more, I started to feel as if this was a game I’d played before. And I had.

Black Ops 3 feels eerily similar to Crytek’s namesake series of games. Down to the maps, every element feels like it could be found seamlessly inside one of the Crysis games.

An example of this is the map ‘Evac’, a skyscraper overgrown with plant life. Immediately upon entering it, I was struck by how close it felt to the map ‘Skyline’ from Crysis 2, right down to the use of alternative routes. 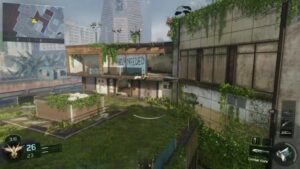 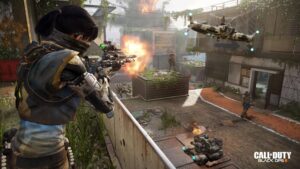 The ability system also feels ripped straight from Crysis, using suit powers equipped as part of a loadout to give the player an advantage on a short time limit.

However, this wouldn’t be a problem, if it wasn’t for the fact that Crysis did it better. Crysis wasn’t even a particularly good game, being significantly outperformed by games such as Titanfall and even Brink.

The gunplay has already become stagnant, despite only having existed for a few days. The Rattlesnake and M8A7 have quickly become the go-to weapons for most of the playerbase, with only a few select shotguns seeing any other use. However, this may change as the game progresses from beta to release, and hopefully a larger range will become viable.

Performance problems are also rampant, with incredibly high system requirements, and numerous crashes. I achieved a solid frame-rate of over 60 only once editing the game’s INI files to fully take advantage of my hardware.

If BO3 had improved on the mechanics laid out by Crysis, and truly bring something new to the table, rather than becoming a derivative of superior games, it may have been the savior the franchise so dearly needed. Instead, BO3 seems set to flounder and die.