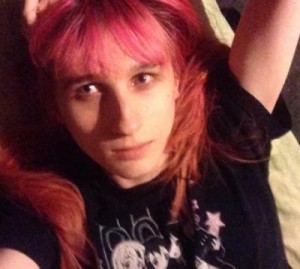 Rachel Bryk, a transgender woman and a game developer for the Dolphin Emulator, committed suicide on Thursday, April 23rd. She was 23 years old.

Byrk started submitting code to the Dolphin Emulator, an emulator that allows Wii and GameCube games to be played on the PC, two years ago. During that time she was responsible for improvements in savestates, netplay, the user interface, configuration, and many others. She spent much of her time improving the tool assisted speedrun

At about 4:30 p.m. on April 23rd, Bryk walked west from New York City along the George Washington Bridge, connecting Upper Manhattan to New Jersey. She left her purse and shoes being before jumping off. Her body has not yet been recovered.

Bryk was facing harassment on 4chan and left the site for Reddit. There was also some harassment from users of ask.fm. She posted on ask.fm the day she committed suicide with some of the anonymous comments encouraging her to do it. The last note from a commentor, simply said “Good Riddance”, to which she replied: “Yeah pretty much.” Ask.fm came under fire in August 2013 for the suicide of 14 year old Hannah Smith from Leicestershire, England after harassment she received on the social site. British Prime Minister David Cameron called for a boycott of Ask.fm and other websites that don’t take responsibility dealing with cyberbullying.

Her mother, Lisa Byrk, stated that Byrk did not commit suicide over the harassment she received online. Rachel suffered from rheumatoid arthritis and fibromyalgia that made every day painful and caused her to come to the conclusion to end her own life. Rachel did come out to her family in January and was accepted by both her parents. Her mother also did write on Facebook, “Next time you think it’s funny to make fun of someone transgender think about who you’re hurting.”

Only Rachel can say if it was the physical pain she face everyday, the harassment she face online or a combination of the two. Whatever the cause, the world has lost not only a talented program but also a wonderful human being who just happened to be a transgender woman.